Smartereum
Home News 58% of Canadians Interested in Bitcoin as an Investment – Bank... 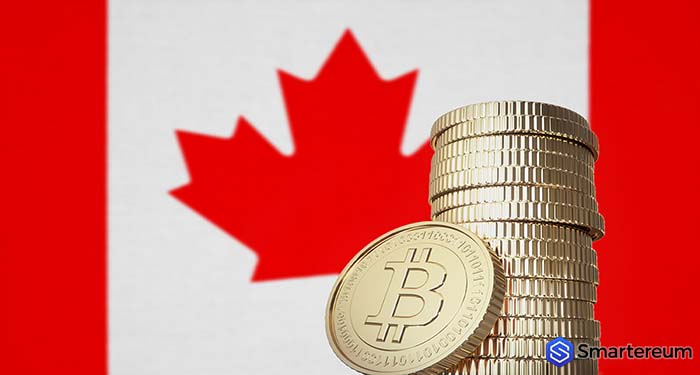 A recent study by the Bank of Canada has shown that about 58 percent of Canadian residents made investments using bitcoins [BTC] last year. The Study which was published on Monday, July 23 is a follow-up on a more generic survey by Canada’s apex bank in December when BTC price soared towards its all-time high. The survey, Bitcoin Omnibus Survey (BTCOS) investigated the awareness, ownership, and use of bitcoin [BTC] between the 12th and 15th December 2017.

This latest study results showed that the majority of Canadians who used Bitcoin last year did so for investment purposes and not for transactions. This marked a deviation from the trend in 2016 when bitcoin was used mainly for payments and transactions. It is also reflective of the spike in interest in bitcoin as its prices grew—many seeing it as a good investment for the future.

The study analyzed the investment and transaction patterns of 117 bitcoin holders. Of this number, 61 respondents representing 58 percent said they used bitcoin as an investment compared to 12 percent who had the same response in 2016.

Another 14 persons (12 percent) responded that the held bitcoins because their friends owned bitcoins while 8 percent were interested in bitcoins because it is a new technology. Just 6 percent of the study participants said they kept BTC for buying goods and services on the internet.

Bitcoin [BTC] has two main uses cases; viz. as a store of value and as a medium of payment. The Bank of Canada Governor, Stephen S. Poloz, however, disagrees. He said in December that:

“There is a lot of hype around Bitcoin, and markets are evolving quickly to allow wider access, including to retail investors. So perhaps you will allow me to make a couple of points. To begin with basics, the term ‘cryptocurrency’ is a misnomer—‘crypto,’ yes, but ‘currency,’ no. For something to be considered a currency, it must act as a reliable store of value, and you should be able to spend it easily. These instruments possess neither of these characteristics, so they do not constitute ‘money’.”

Ripple News Today – XRP Surges Right After PayPal Adds it to Its List Exposing the Token to Over 346 Million Customers – October...