The vice president of Airbus Group, Anes Hodžić, has been invited to become an advisor to the IOTA Foundation. The announcement by the cryptocurrency company was as follows:

“We are happy to have Anes Hodžić as one of the advisors to the IOTA Foundation. He has experience in digital transformation in industrial companies and expertise in the industrial application of the IOT. This knowledge makes him a great asset to the IOTA foundation.” 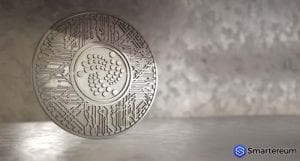 Anes Hodžić was happy to be made a member of the advisory board in the IOTA Foundation. He will aid the company in its quest to increase the case uses of IOT now and in the future. In his words:

“I am happy to be a member of the advisory board in the IOTA Foundation. I look forward to helping the IOTA team drive the revolution of IOT as they enable industrial use-cases of IoT and build business models with big data.

Meanwhile, the price of IOTA (IOT) has gone up by 4.57%. The cryptocurrency is trading between the resistance and support of the moving average. The cryptocurrency is correcting lower after it faced resistance at $1.011 and rejected the $0.960 support. The IOT/USD trading pair is supported by the 68.1% Fibonacci retracement level of the last rise from $0.9117 to $0.9757.

The cryptocurrency broke out of the ascending channel support but the 100 simple moving average served as support at $0.9735. Upside, the immediate resistance is at $0.990.