The price of Monero is facing bearish pressure against the USD. The cryptocurrency is trading in range against the USD. The selling pressure pushed the price down to $135.58 which is a demand area. The price was below the two broken EMAs. This means that the bears are in control of the market. The stochastic oscillator is at 9% in the oversold region and the signal is pointing down. This means that the price movement is downward. 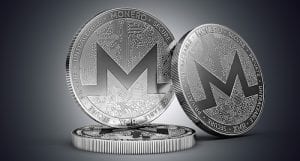 The Price Of Monero (XMR) Against The USD

Monero is still trading in range short-term as the bears successfully pushed the price down to the $139.94 demand area toward the close of yesterday’s market. There was a daily opening candle around $140.10 with bearish signs. As the bearish momentum increased, the price set a lower range at $136.69. This range was eventually broken and a new lower range was formed at $135.39 in the demand area.

There has been the formation of a bullish hammer which pushed the price to the $137.75 supply area. At the time of writing, however, the price of Monero was consolidating. It was trading between $145.47 and $136.69 according to the price analysis of Azeez M from Bitcoin Exchange Guide. Wait patiently for a breakdown or a breakout that has a candlestick confirmation to take any long positions in the market.