Kodak coin was letting up to launch an ICO which has now been delayed by several weeks. Recently, presale allowed the company to sell at least 8 million coins.

According to the company, the delay is due to the process of getting the coin as well as the company verification from the authorities in the US. This is also an indicator that the company has a net worth which is more than $ 1 million and has an income of at least $ 0.2 million.

According to the experts, it is the large size of the ICO which is requiring them to actually get it cleared from the authorities in the US. 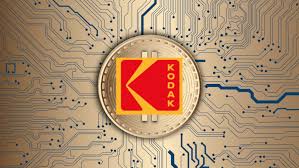 According to some of the experts, it is just an attempt by Kodak to actually take advantage of the atmosphere which is heavily in favor of cryptocurrencies.

Many of the companies that are invested in the blockchain space or who have their own cryptocurrency have seen that stocks double or triple as well. According to SEC, it would from now on track and scrutinize the various companies as well as the ICOs which are being launched by those companies as well in order to protect the investors.

Kodak share prices have actually fallen significantly owing to this delay in the ICO. The value of the stock is down by more than 15%. It remains to be seen whether the SEC approves the ICO or not. For now, however, the investors which will pump the stocks of the company in anticipation of the bumper response to the ICO are selling the stock and this is actually tanking the stock.

As and when, the ICO of the company is approved, you can be sure that the value of the stock of the company would also increase as well. Also, with the increased scrutiny, it is not as easy for the companies as earlier to launch the ICOs. That is why it is necessary for the companies to go the extra mile in order to make sure that each and everything is proper in their ICO and thereafter think about launching it. This is the reason why companies are being more careful nowadays before announcing their ICO plans.