According to the chief executive of the company, Bill Shihara, the exchange has taken these decisions in order to formulate a proper mechanism for listing as well as delisting of the tokens. Also, it has taken into account the compliance with the various legal rules and regulations as well. Thus, the exchange is actually trying to abide by all the rules and regulations. 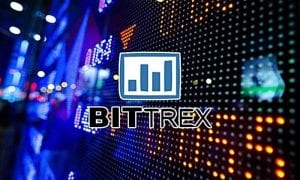 The exchange would even hear the concerns of the company and the developers and also the investors before taking the decision as well.

Also, there would be a time period of 2 weeks before the tokens are delisted as well. This provides more than enough time for the investors and the company to withdraw the token as well.

Bittrex is one of the very few exchanges which have a proper return procedure which the companies, as well as the investors, can look into when it comes to listing and delisting of the tokens. This ensures that the platform is much more transparent as compared to some of the other exchanges as well.

This would make it gain much more users, as well as listing of tokens as compared to some of the other platforms, which are not as transparent.