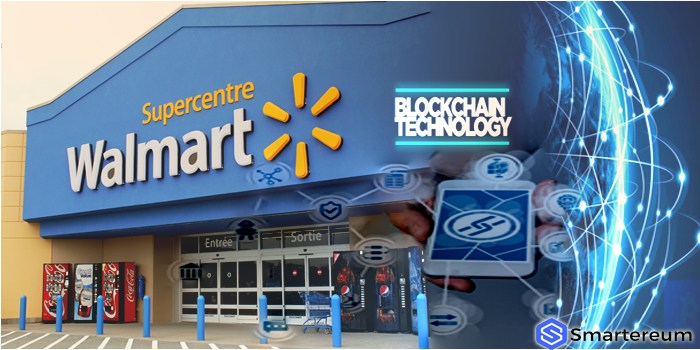 Global retail giant Walmart filed a patent application in the blockchain sector to the United States Patent and Trademark Office (USPTO) on Thursday, August 2. Its latest blockchain-related patent describes a system for the management of smart appliances using blockchain technology.

The filing illustrates a system of using blockchain technology for controlling and organizing smart appliances like a desktop or server computer, a kiosk and other portable computing devices, such as a wearable or gaming devices, laptop computers to improve administrative work.

A System that Connects the IoT Ecosystem

Walmart proposes the use of a blockchain server network to support an Internet of Things (IoT) ecosystem. Walmart explains:

“the blockchain server network includes one or more secondary or second server systems that use one or more server-side applications to provide one or more client-side services at one or more other resources in the IoT ecosystem.”

The patent also added that resources in the IoT ecosystem may be associated with multiple roles and also a single role in the context of a single corresponding transaction. Practically, users will use blockchain-powered IoT-enabled devices that hold the private keys (a secret alpha-numerical password) to authorize a transaction.

One other notable innovative solution Walmart presented is a stationary kiosk for receiving packages from delivery drones thus, “…a user may obtain a kiosk and add the newly obtained kiosk to the distributed ledger structure utilizing their smart device to provision and/or authorize the kiosk.

It gave an illustration:

“the user device may be a wearable device that maintains the private key used to authorize the transaction. The kiosk may sync with the user device and be automatically provisioned as a home delivery station and added as a device in the distributed ledger management system.”

Walmart noted that its new innovation can be applied in many areas like a home setting as well as in several industries like the Entertainment, Manufacturing, Healthcare, Energy, Retail, and Agric. sectors