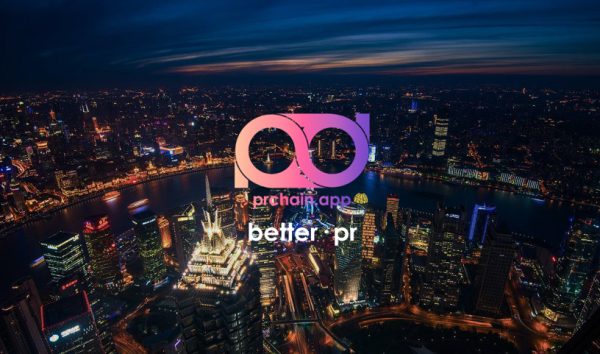 Blockchain is booming, but there is a cruel reality, which is that except for exchanges and a few Apps, most projects are still in the air with a long way to go.

This year, public chains and platform coins are doing good, because blockchain is still at a stage where all industry chains are competing. However, a steady and strong private industry chain is bound to be launched!

Targeting the media industry as a breakthrough point, PR Chain is formulating a set of community autonomous incentive mechanism that is compliant, reasonable, fair, just, effective and innovative. Their goal is to build a fair and just, open and transparent media credibility system through rewarding media content creators, value transmitters and recipients of content with largest incentive. They are also committed to build the most trustworthy media credibility index, the PR-INDEX.

Global media industry today is characterized as news-oriented. Nevertheless, the industry is scattered as many media institutions fighting for their own island, therefore trillions of media industry output is broken down to multiple platforms.

A decentralized media platform does not belong to any centralized party, but a virtual autonomous one based on blockchain technology, smart contracts, and consensus mechanism, solving the problem of trust and staying neutral.

The PR chain enables large-scale media sharing and open platforms that can access massive Apps and massive media through technologies such as smart contracts and distributed media libraries. The main features of the PR chain include: fairness, transparency, openness, and autonomy.

Different from other blockchain projects that are in the air, PR Chain’s core strength is that it is easier to apply based on existed massive users and media resources on Synereo platform.

PR Chain is an official collaborative project with Synereo that will leverage the latter’s proven technology and economic models, combined with a localized operation team to promote the growth, maturity and healthy development of a new media ecosystem.

Synereo, a startup in Tel Aviv, Israel, has developed a decentralized open source social network. Built on the attention economy system, every end user on the distributed APP in Synereo ecosystem is the owner of the network, thus returning to users the control of content, personal information and monetization.

The Synereo network operates with not a single central server or data center. Quite the opposite, when a user supports this distributed network using personal device, the network will compensate for the user’s contribution to storage and computing power.

Synereo brings the PR Chain with market access and business resources. In addition, valuable BD experience, industry insights and other invisible resources can reduce trial can error cost for the team to achieve fast cold boot.

PR Chain has completed four major incentive models, and its token is expected to be listed on exchange soon 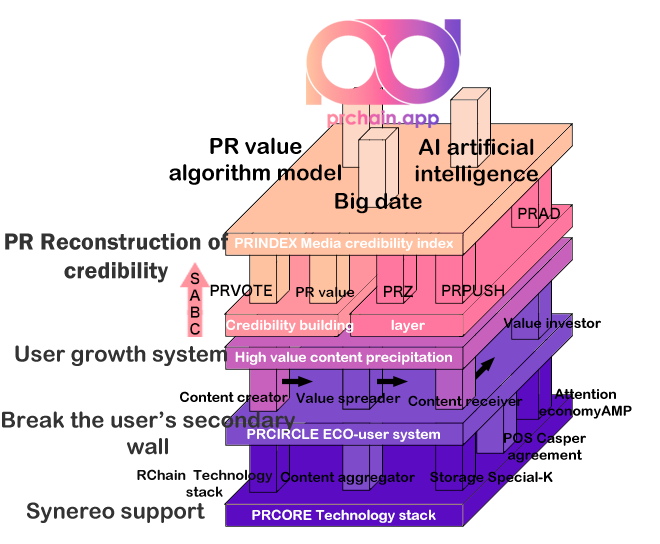 The PR Chain project has been very smooth and four models for blockchain media have been completed.

After joining the PR Chain, users can create or share high-quality content in social community using PRZ. Any user can initiate PRPUSH amplification chain through sharing content with PRZ.

PRVOTE Content Autonomous Review Mechanism is a consensus agreement on information management in distributed business system. It is a pioneer mechanism in media industry and can only be put into practice and operated smoothly in PR Chain ecology.

Departments concerned do publish reports on online media credibility survey, however, there is always a lack of data for sufficient dimensions.The complete system of PR Chain employs big data, AI and other technologies to collect data of various dimensions to establish a more scientific evaluation system.

Description of PR Chain Token and its Usage

Jack Ma once said that the future is media era, with massive news content generated every day. The new blockchain technology can empower individual media. so that they will not be subject to centralized giant. From this perspective, PR Chain indeed solves the pain points in media industry. Compared with other hollow projects, PR Chain has a realistic landing chance and therefore it is expected that it will achieve it’s ambition as soon as possible.