Smartereum
Home Cryptocurrency How to mine Ethereum for charity? UNICEF Asks PC Gamers To Mine... 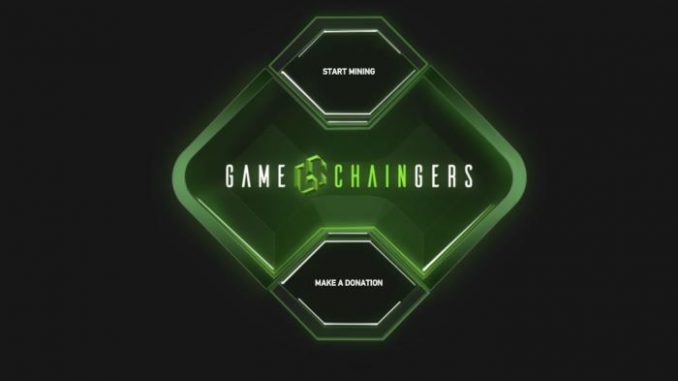 It’s doom and gloom on the cryptocurrency market today as Bitcoin (BTC) and its peers have suffered sharper price plunges than ever. But it isn’t dissuading the United Nation’s Children’s Fund (UNICEF) from launching a new drive – cleverly-named Game Chaingers – which will see PC gamers mine for charity and donate their earnings to Syrian children.

The campaign is targeted at gamers who own high-performance graphics cards which could be used to mine cryptocurrency; namely Ethereum (ETH). It works like this: kind-hearted users can head to the Game Chaingers website to download the Claymore mining software. Then, when users are sleeping or otherwise not using their computer, they simply turn the software on and let it do its thing. It will automatically use the power from the system’s graphics card to mine Ethereum and donate the money earned to UNICEF’s electronic wallet. UNICEF will then use the money to support its campaign to help 8.3 million children in need of aid in the Syrian war – what they call ‘the most appalling humanitarian crisis of the past twenty years.’

How much electricity is used to mine Ethereum?

So what’s the downside? In essence, the only thing the user is donating from their own pocket is the cost of the electricity used, which is actually very little indeed. UNICEF say a user will consume as much power as they would ‘playing a new and resource-hungry video game’. To put it another way, to run the program 24h-non stop using a Nvidia GTX 970 graphics card would cost a user living in France about 0.54 Euros, the charity claims.

At the time of writing, 395 contributors have raised nearly 850 Euros in the drive which began only three days ago, February 2nd, and will run to March 31st – 54 days from today. According to UNICEF’s statistics, this has generated a total of 2441.67 MH/s (megahash per second); a unit used to describe mining power.

This isn’t the first time software has been used by companies to make use of personal computing power – whether the owner is willing or not. Hackers recently placed malware into Youtube adverts which would secretly use an average user’s PC to mine cryptocurrency. Happily, UNICEF’s method is strictly voluntary and can, of course, be stopped at any time. The more people get involved, the more Ethereum can be mined and the load shared more equally among participating systems. Source: cryptocurrencynews.com

So, if you want to brighten your day amid the cryptocurrency crumble, join the growing pool of benefactors to UNICEF’s cause. And who knows? Maybe it could see Ethereum recover faster than its peers…