A global group of EOS blockchain community members and Block Producers today unveiled EOS Alliance. This new coordinating group will further unlock the full potential of EOS, the world’s fastest governed blockchain, by providing a platform for collaborative, transparent decision-making and information-sharing within the EOS community.

EOS Alliance, established as a nonprofit entity, will serve the EOS community by streamlining and facilitating communication and education that affects EOS token holders, Block Producers, application creators and other stakeholders.

The move was endorsed by dozens of influential stakeholders in the distributed EOS community, including over three dozen EOS Block Producers.

The EOS Alliance will serve under its guiding vision of Empowering EOS For All to curate and coordinate various existing efforts within the EOS community. The Alliance will:

As its first act, the EOS Alliance has already begun forming a series of working groups with diverse community participation to inform and advise on the ecosystem’s most challenging topics.

The EOS Alliance will launch initially with a seven (7) member Board, expanding as needed in a process currently under draft.

Within 12 months, the EOS Alliance intends to have a fully elected board, to include members of diverse backgrounds and geographic regions, representing a variety of EOS community stakeholders and perspectives.

The initial board members are expected to be:

In addition, two observer seats have been established for representatives to be selected by the paid Block Producers via a mechanism to be decided by them.

The board and staff are in the advanced stages of forming a legal foundation as a nonprofit public benefit entity in an advanced jurisdiction.

Pledges of funding have been secured for the first 90 days of operation, and board members are tasked with fundraising for the Alliance. Additionally, the Alliance will be funded by private donations, to be made in EOS tokens so all transactions will be public and transparent on the EOS blockchain. In its first six months, the Alliance will create a sustainability plan beginning with donations, events, memberships, content, trainings and more. The EOS Alliance is initially capping its budget at US $1 million per year. All EOS Alliance financial information will be publicly available.

Initially, working groups will be formed to outline and facilitate conversations on the following topics:

All EOS Alliance working groups will be required by their charters to operate inclusively and transparently.

The EOS Alliance formation is launching with support from over four dozen Block Producers and other entities, including:

For more information and the latest updates, visit us at https://eosalliance.io/, join our Telegram group here and follow us on Twitter. 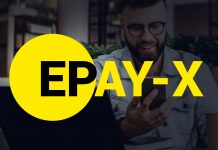 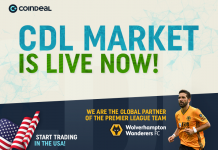