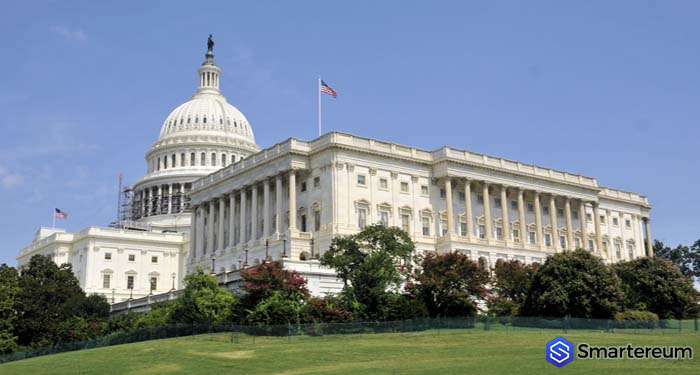 The U.S. Senate held a hearing on the energy efficiency of blockchain and similar technologies on Tuesday, August 21. According to its statement, the hearing was organized to also consider the possible applications of blockchain—and related technologies—in the for the energy industry.

As expected, public and private speakers were called upon to further educate participants about several aspects of blockchain and its applications. One of the speakers was Thomas A. Golden, a program manager at Electric Power Research Institute (ERPI). Golden, whose organization is developing a blockchain-based energy market simulator, pointed to pilot projects especially in the area of Transactive Energy (TE), based on research into blockchain applications.

“A blockchain-based market might be more attractive than a centralized trading platform if market participants are averse to a single company controlling the platform. Other initiatives enable customers to directly trade electricity with each other in a ‘peer to peer’ fashion, for example, by buying and selling excess rooftop solar power. However, peer-to-peer trading still requires the cooperation of utilities who ultimately control the physical flow of electricity.”

Another area of interest for the hearing was how blockchain could improve the cybersecurity of energy supply systems. According to Narayanan, “policymakers should view it as one of several possible technical tools for addressing energy cybersecurity.”

Mining operations are necessary for blockchain networks that use a Proof-of-Work (PoW) consensus. Participants estimated that energy required globally for Mining could be anywhere from 1 to 5 gigawatts; Golden pointed out that “this represents less than 0.1 percent of the global power usage.

In the past, communities have resisted the cryptocurrency miners over concerns that the increased demand for energy would raise their electricity bills. Committee chair, Senator Lisa Murkowski of asked, “I’m wondering are my rates going to be expected to pay for this [blockchain] infrastructure?”

Golden suggested that power utilities discuss with communities about providing power for the crypto mining companies. She also recommended a shift from PoW model to less energy-consuming Proof of Stake (PoS) or Proof of Authority (PoA) models.

In all, the hearing was marked by a generally positive feel towards blockchain technology. No definite conclusions were reached.