While crypto market prices appear to be leveling with some modest gains, Ethereum appears stuck below $300. Although prices continue to be far lower than a few months ago, Ethereum’s price is still the biggest indication of all that of a market that is settling far lower than what the biggest crypto enthusiasts had hoped for.

While Bitcoin’s rising value has allayed some investor fears, Ethereum has always been seen as much more of a weathervane.

So what is causing Ethereum’s price stagnation right now?

Rudolf Medvedev, CEO and Founder of Ternion Exchange says the following: “Most of the ICOs are currently doing private sale rounds. Public sale where Ethereum is widely used is right now on a low scale. Thus no demand, but same supply.”

In other words, Ethereum’s price is directly being affected by an increase of ICOs not going public and focusing higher net worth and smaller investor pools.  This is a result of an over saturation and low barrier of entry within the ICO market. Investors had become overwhelmed and essentially tuned out.  In reaction, ICOs that wanted to ensure a successful shifted and focused on selected groups of investors, thus lowering the demand for Ethereum.

Some support for this reasoning lies in the fact that while most other currencies have been moving upwards over the last few days, Ethereum has dropped. Some observers associated the drop with Ethereum CEO Vitalik Buterin’s “Tweet storm,” in which it took him 75 Tweets to explain a new development in Ethereum.

Ultimately, Ethereum’s price represents the maturity and growth of the crypto sector as a bit of a scale on investments in projects are made.  Since ICO’s are a form of crowdfunding, challenge to get investors keep growing and yet the focusing on small groups is a real sign that the market has taken this into consideration.  Although pulling back may affect Ethereum’s price, it is a natural way to filter out fly by night ICOs that relied on gullible crowds of people to raise cash.

ICOs that rely on small groups of informed investors will naturally be more successful, both in fundraising and long term value. 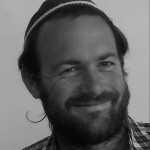 David is a growth expert with a focus on fintech, emerging markets, and blockchain projects. He has served as Director of Web Strategy at FiveBlocks and was a key player in helping OurCrowd build their initial investor community. David currently heads up fintech initiatives for sustainability in the developing world and is a strategic advisor to SecurityTokenLawyers.io, as well as a contributing writer at Hackernoon.