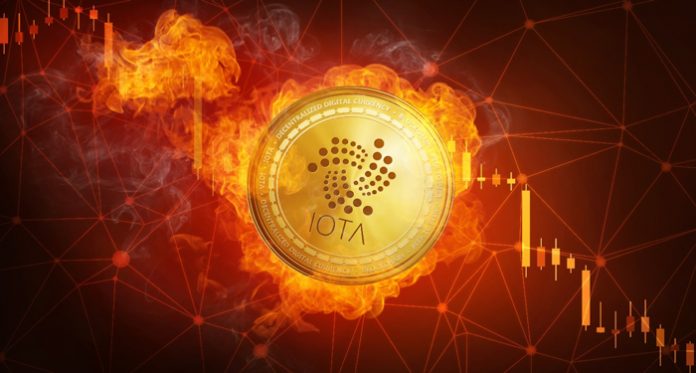 We’re always told to do something different. That we need to carve our own path instead of following the crowd.

But occasionally, it’s better to jump on the bandwagon instead of running after a speeding train and missing it.

Never has this been more applicable than in today’s increasingly decentralized world.

For an example of a company that tried to go against the grain and fell flat on its face, look no further than the smartphone company, BlackBerry.

Back in July, BlackBerry released their new smartphone: The BlackBerry Key2.

While the reviews for this phone have been mixed, and the phone has received good feedback in response to its advanced security features, dual camera, and simplistic message management, there is one feature that many people seem unable to look past: the physical keyboard.

Many people are complaining that the physical keyboard is completely unnecessary – especially in today’s market, where the most popular devices feature a large screen and a virtual keyboard.

If we go back a decade to when physical keyboards were all the rage, this phone would likely have been a bestseller. However, as one review put it, “it’s 2018 and we have amazing touchscreen keyboards. There’s simply no need for a physical keyboard anymore.”

Now IOTA is Trying to Reinvent the Blockchain

In a similar way to how BlackBerry attempted to put their own spin on the smartphone, IOTA is trying to make its mark on the blockchain. Unfortunately, there are a few issues.

You have probably heard of IOTA – the first open-source permissionless distributed ledger technology. Ultimately, its goal is to power the future of the Internet of Things.

However, there is one big difference between IOTA and many other solutions designed for the blockchain. That is: IOTA isn’t itself a blockchain solution.

Unlike blockchain, which consists of transactions being grouped into blocks and stored in sequential chains, IOTA consists of a stream of individual transactions that are entangled together – hence the name, Tangle.

Tangle is a Directed Acyclic Graph (DAG). It works a little differently to blockchain by employing a ‘pay it forward’ system as opposed to offering financial rewards. In order to carry out a transaction on the network, a user is first required to validate two previous transactions. The reward for this is the validation of their own transaction by another transaction.

In theory, this sounds like an excellent model. It means that the network is free to use, and also means that the mechanism is extremely scalable. However, as time progresses, organizations are becoming increasingly skeptical.

Companies are Turning Away from IOTA in Favor of Blockchain Solutions

Ever since the phone’s release was announced, all the news suggested that the company would be teaming up with IOTA to develop the handset.

However, on the 5th August 2018, Moshe Hogeg, the CEO of Sirin Labs, announced that Sirin Labs won’t be collaborating with IOTA on building the Finney infrastructure. Instead, they will be relying on the popular blockchain solution, Ethereum.

He stated, “We’re not with IOTA, we looked into it and decided to go a different route.”

Sirin Labs have made it clear that using the Ethereum network is merely a temporary solution. In the long term, the team plans to adopt a third-generation blockchain that will provide the scalability, security, and speed required for their token.

However, sources have suggested that the phone is set to be released somewhere around November 2018. As a result, it’s important that there is a solid blockchain in place to ensure that the launch is successful.

As IOTA Falls Behind, Blockchain Companies Creep Forward to Take Its Place…

It is especially important now that so many projects such as Fusion, Ark, and TenX are coming up with new solutions to connect blockchains together.

Moreover, IOTA isn’t the only company fighting to bring the IoT industry to the blockchain. It has some stiff competition.

IOTW is another company aiming to bring IoT to the blockchain. However, the notable difference between the two companies is that IOTW is actually a blockchain solution – something that is becoming increasingly vital in our growing blockchain economy.

Could IOTW Be the Future of IoT?

There are many benefits of using IOTW’s model to bring blockchain to the IoT. Here’s a brief outline of a few of these benefits:

First of all, it is better for the environment. PoA is a much greener option than both PoW and PoS, as it consumes significantly less energy.

In addition, it allows IoT devices to mine IOTW without any hardware changes required, meaning it can be used by anyone around the world.

IOTW is also extremely scalable. Given the recent push to increase the scalability of blockchain platforms, this is a huge bonus.

IOTW is still in its early stages. However, so far, the results are looking promising. Given enough time, it could completely change the way we look at blockchain consensus in the future.

Whether we like it or not, the world is becoming increasingly blockchain-focused.

To promote seamless integration between these different platforms, it only makes sense that we shift our focus to blockchain solutions.

Despite its relative success so far, it’s becoming increasingly apparent that companies like IOTA could be in danger as things progress.