Yesterday, we said that Bitcoin Cash was holding a significant support at $540. Unfortunately, Bitcoin Cash failed to hold this support today. There was a bullish trendline formed with support at $544. The pair traded below $540 risking more declines short-term. If the decline continues, Bitcoin Cash will most likely fall below $520 and even $510. 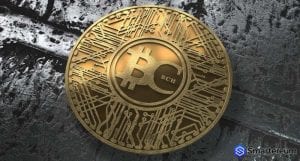 This morning, there was a downside correction on the price chart from the $576 swing high of BCH. The trading pair fell below the $550 support moving into a bearish territory. The sellers pushed the price below the significant $540 support breaking the 61.8% Fib retracement level of the last rise from $510 to $575. The Bitcoin Cash to USD pair settled below the 100 hourly SMA and the $545 level breaching the support at $544. The price went as low as $524 before it attempted an upside correction.

BCH moved above the 23.6% Fib retracement level of the last fall from $570 to $524. Currently, the Bitcoin Cash to USD trading pair is facing strong resistance near $540. A strong bearish trendline is also acting as resistance on the same chart.

The technical charts show that the relative strength index is below the 50 level and the MACD on the hourly chart is entering the bullish zone. The significant resistance is at $550 and the significant support is at $510. This is according to the price analysis of Aayush Jindal on Newsbtc.