The price of Cardano (ADA) went as high as $0.1089 during yesterday’s trading session before a downward correction started and pushed the price back to $0.1050 where it faced difficulties. On the hourly chart, a support was formed at $0.1030 against the USD. The trading pair tested the support near $0.0950 but the buyers were able to protect ADA from more declines. The ADA to USD trading pair was unable to hold the gains and declined against Bitcoin and the USD. There is the possibility of an upward move but any move upward will face resistance at $0.1050. 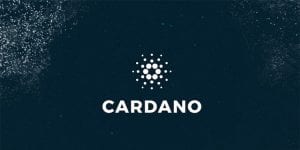 The price of ADA experienced a decent move upside above the $0.1000 level against the USD. The trading pair moved above the resistances at $0.1040 and $0.1050 trading as high as $0.1089 before the resistance kicked in. The price resistance led to a downside correction that broke the $0.1040 support and the 100 hourly SMA.

From the technical charts, the relative strength index is approaching the 50 level and the MACD on the hourly chart is in the bullish zone. The significant support is at $0.0950, while the significant resistance level is at $0.050