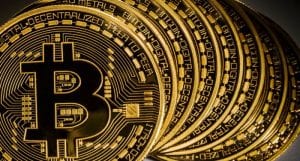 After the price or BCH moved above $500, there was an upside moved against the USD that caused a rally above the resistances at $540, $600, $580, and $640. The pair traded above the $550 pivot level which was also above the 100 4-hour SMA. As the price went higher, it broke above a significant bearish trendline that had resistance at $560. The Bitcoin Cash to USD trading pair moved as high as $656 and started trading in the bullish territory. A lower correction will be supported at the $620 support. The 23.6% Fibonacci retracement of the rise from $523 to $656 was around $625.

If the price continues to fall, the next support will be at $600. This support coincides with the 50% Fibonacci retracement level of the last rise from $523 to $656.

The technical charts show that the price of Bitcoin Cash is solid above $600. While a minor dip is likely to occur, the price will still stay supported above $600. The relative strength index is approaching the overbought level and the MACD on the hourly chart is fully in the bullish territory. The significant support is at $600 and the significant resistance is at $650.