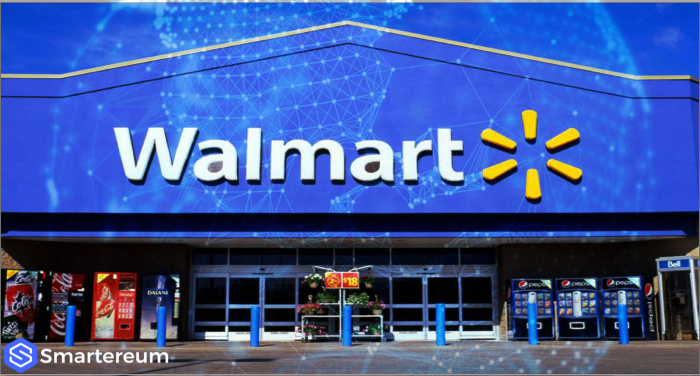 Major retail outlet Walmart is exploring the possibility of using blockchain technology to automate delivery of goods across various locations, according to a recent patent filing the company published by the United States Patent and Trademark Office (USPTO) on August 30, 2018. The patent application was titled “delivery management system.”

On the patent filing, Walmart describes a system with the goal of improving long-distance shipping, from the physical store to the final destination, meaning the consumers’ homes—by using robotics, sensors, and blockchains, also often referred to as distributed ledgers.

The “Delivery Management System,” being developed by the retail giant will establish communications between individual systems and sensors wirelessly, transport objects to be couriered after an identification process. During the transportation process, the drones exchange authentication signals using “blockchain keys.” When the signal exchange process is completed, and the signal is authenticated the first drone passes the package.

Walmart explains that its array of drones will utilize a database of delivery information stored on the blockchain network. Furthermore, for identification purposes, each drone will use RFID codes, QR codes, a Wi-Fi signal or ultrasound amongst other means, the patent filing explained.

Also explained in the patent filing, automated technology and blockchain would help reduce the delivery process time, boost cost-effectiveness and overall efficiency. However, Walmart argues that the fact that consumers would have to trust the delivery of their goods which “raises challenges related to security,” such a system can increase the likelihood of security breaches, e.g., via interception or hacking of the autonomous electronic devices.

In view of these challenges, Walmart envisions a system for autonomous vehicles to authenticate each other, which allows for increased security of the autonomous electronic devices.