Ethereum Classic and Ethereum will get a solid boost after Bitmain’s adds both cryptocurrencies to its BTC.com mining pools. This was a rather shocking move since Ethereum has had a bad year. Last year, BTC.com claimed that it produced about 21% of the all the new Bitcoin that was mined. In an effort to diversify its portfolio, the team decided to add more cryptocurrencies. It’s also making plans to add Monero. Already, BTC.com is one of the largest producers of Bitcoin’s fork, Bitcoin Cash and Bitcoin. 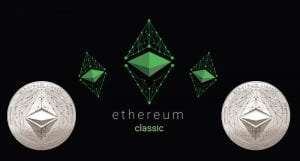 Ethereum Classic And Ethereum On BTC.com

According to Zhuang Zhong, many customers have been requesting for Ethereum. In his words:

“This year, we have been getting a lot of requests for Ethereum support so we had to add it. Our goal is to provide the best reward margins as we work on product development. In the next 12 months, we intend on being responsible for 12% of the Ethereum hashrate.”

Apart from Ethereum mining, BTC.com is also going to offer an API and an Ethereum block explorer that will give miners the ability to switch their computing power from one pool to the other. The new pools will have different mining options including CPU, GPU and ASIC mining options.

Bitmain is making plans to host an IPO that has the potential of making its total value up to $50 billion. However, the report is that many of the big time investors who were expected to make up large amounts are no longer interested in the IPO. Whether or not the the company’s decision to add Ethereum and Ethereum Classic influenced investors is unclear. Zhuang says that BTC.com made their decision to add Ethereum and Ethereum Classic independently.

Main while, between January and now, Ethereum Classic has fallen from $1,331 to $277. This dramatic fall in price may be partly due to the numerous ICOs that were built in the Ethereum blockchain last year. There is still hope that Ethereum will rise again before the end of this year or by the beginning of next year.