Ethereum developers have reduced the Ether rewards for miners to 2 ETH. They have added a code called Constantinople that will change the metropolis hard fork. The decision was made during a live video call on YouTube on the 31st of August. They decided to influence the block rewards by using the EIP – 1234 scenario for increasing the difficulty. The new upgrade, Constantinople is part of a four-stage development plan that was designed primarily to enforce some reforms that will aid the signature verification process and allow users to create contracts fast and effectively. This system will also remove information that is technically stated thus purifying protocols that aren’t relevant.

The code is going to serve as the final half of the protocol upgrade that is intended to allow a smooth transition to Proof-of-Stake consensus from the Proof-of-Work consensus. It will reduce the block rewards from 3 ETH per block to 2 ETH per block and increase the difficulty for the next one year. Eight months after the upgrade to Constantinople, developers are going to release another hard fork. 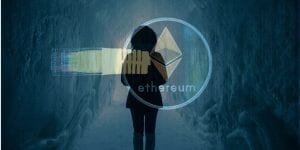 What Is The Ether Difficulty Bomb?

After the Ethereum network was launched, the difficulty bomb was introduced to increase the difficulty in mining as time passes. It also serves as a deterrent for any miner who decides to use PoW even after the blockchain moves to PoS. The Ethereum network is running on the Proof-of-Work protocol but soon, it will transition to the Proof-of-Stake protocol. This will ensure that scalability and decentralization of the system.

A hard fork might be necessary to complete the implementation of the current protocol. Companies that want to switch to the new network that is based on the PoS consensus will not have a problem. Miners, on the other hand will need to adapt to the new protocol and the new coin ownership and reward system. In this case, miners can implement the Ice Age difficulty adaption tactic that was developed to aid miners during transition.