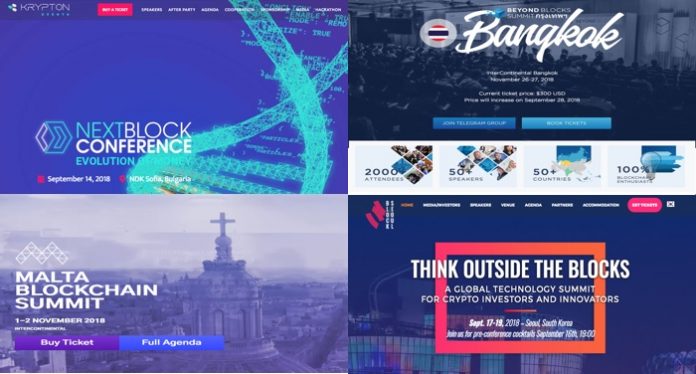 With many events and meetups occurring all over the world, blockchain aficionados have to figure out which are the promising ones from the noise.

Without further ado, we present you with some of the biggest and most promising Blockchain events that are about to take place. We recommend you check them out!

NEXT BLOCK is one of the leading blockchain conferences in Eastern Europe, bringing together top technology executives, top-tier investors, promising blockchain ventures and industry visionaries from around the world for business and networking.

Taking place on the September 14th, at NDK Sofia, Bulgaria, the event will feature speeches, panel sessions, networking opportunities, Blockchain Exhibition, ICO Quickfire Pitches, and an after party. The conference, in partnership with Paysafe Group, also launched a Hackathon with a total prize of 10,000 BGN and 10,000 USD in IOTW tokens.

It has similar events slated for Lisbon and Tel Aviv in November and December.

Block Seoul is a global technology summit for crypto investors and innovators which focuses on how disruptive technology can be used to connect industries while accelerating impactful projects in the space.

The event offers an opportunity for participants to access a level of engagement that is rarely experienced in the industry. Following a pre-conference cocktail which takes place on Sept 16th, the event proper will include TED-style talks, blockchain panel discussions, open discussions, ICO project presentations, networking over lunch, dinner and will close with a final afterparty by 9pm September 19.

General Ticket goes for $1,500 and can be purchased on the website 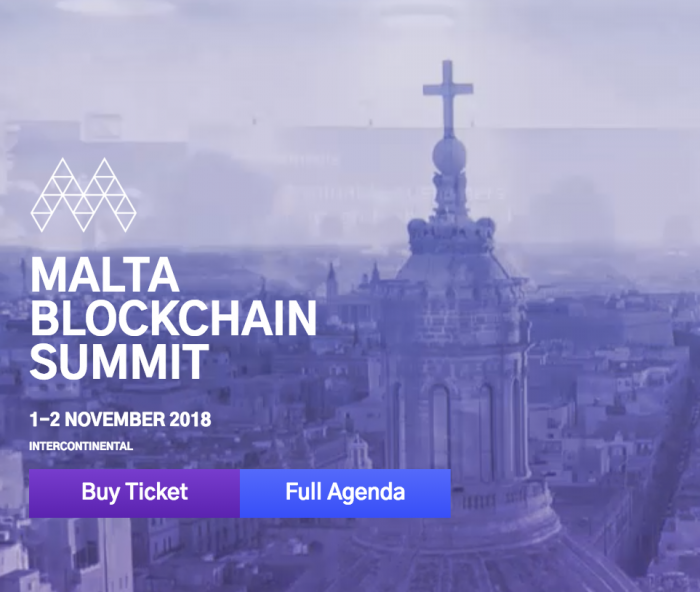 The Blockchain Island of Malta plays host to many leading startups and influencers in the crypto space.

The event will have in attendance key figures in the areas of government, blockchain, investing and fintech. The summit is endorsed by the Prime minister of Malta, Hon. Joseph Muscat who will also make a keynote address.

Apart from the knowledge-sharing sessions, Malta Blockchain Summit will include a buzzing expo, a Hackathon, and an opportunity for the 5,000 expected participants to network with notable personalities in Blockchain and other emerging technologies. The summit will also present an opportunity for 20 ICOs to pitch their solutions to hundreds of investors at the ICO Pitch Challenge. 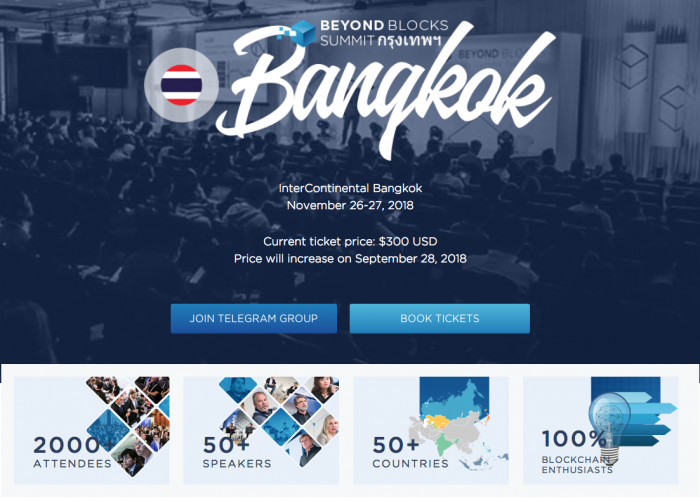 Beyond Blocks Summit Bangkok is a blockchain event that aims to create networking opportunities for participant from different areas of the blockchain space.

Summit Bangkok is hosted by Beyond Blocks and is part of its Blockchain Week in Bangkok, Thailand which is a 5-day series of events where blockchain proponents and interested participants meet up, network and have fun.

The event features speeches and presentations from the movers and shakers in the industry. More than that, it affords participant to meet face-to-face with them and join a movement to drive the blockchain community forward in Asia and beyond.

Ticket for the event currently goes for $300 but is expected to go up as early bird price ends on Sept 28.  Beyond Blocks hosts similar events in Japan (Summit Tokyo) and South Korea (Summit Seoul).