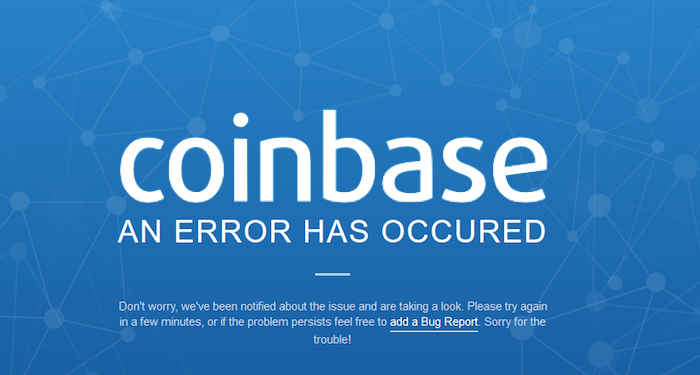 Bitcoin trading problems-Coinbase overcharging users. According to a post on Reddit, a deposit of $ 300 to the cryptocurrency exchange resulted in the transaction being repeated 5 times. Ultimately, the bank balance of the account turned negative.

According to the user, Coinbase entirely drained out the bank account which was used to debit the initial amount. The user further stated that since all his savings were drained out, it was difficult for him to cope up with the daily expenses. Also, the negative balance resulted in extra $ 5 charges as well as overdraft fees by the bank.

According to another post on Reddit, such duplicate transactions occurred in his account over 50 times. The amount totaled $ 67,000. This is not one of case and plenty of users in the last few days have been impacted by these multiple charges.

According to the user, he has since then closed his entire bank account and contacted his lawyer as well.

Even though the cryptocurrency investors are aware of the various risk involved in cryptocurrency trading but this is losing money on a different scale altogether. Many of the investors have lost a significant amount of money due to this glitch on part of Coinbase.

According to the cryptocurrency exchange Coinbase, this is due to the banning of the credit cards by the various banks for cryptocurrency funding based transactions. Coinbase is looking into these charges and is collecting the reports from the users. According to the exchange, only a small number of users are impacted by this charge. The exchange added that the extra charge was on the smaller side.

The exchange further added that the users should check whether the extra charges are pending or have been verified and debited from their account. Since then, Coinbase has also published a blog post stating that the users from whose account, extra money has been debited would be receiving a refund.

The problem is that the exchange has not clearly mentioned the timeframe for the refund. If indeed, refund takes long, many of the consumers would actually get into trouble as many of them have seen their account getting drained due to the glitch on part of Coinbase.

Coinbase is one of the most popular exchanges in the United States. That is why in any glitch with such a big exchange will surely spook the investors as well as traders from depositing any kind of money with the exchange.