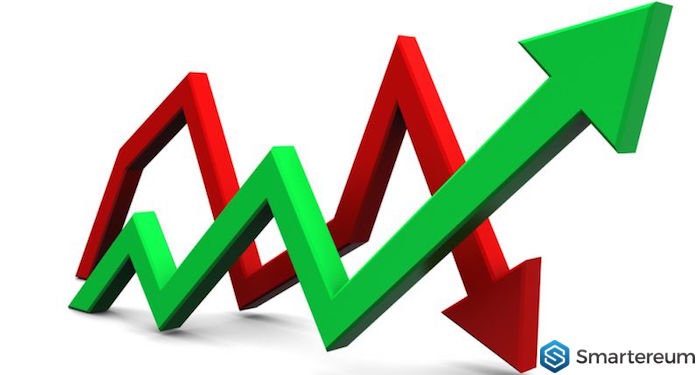 “This is the BGCI chart…I think we put in a low yesterday. Retouched the highs of late last year and the point of acceleration that led to the massive rally/bubble… markets like to retrace to the breakout..we retraced the whole of the bubble.”

He attached a snapshot of Bloomberg Galaxy Crypto Index (BGCI), which tracks the performance of major cryptocurrencies against the USD. The cryptocurrencies tracked by BGCI include Bitcoin, Ether, Monero, Ripple’s XRP and Zcash 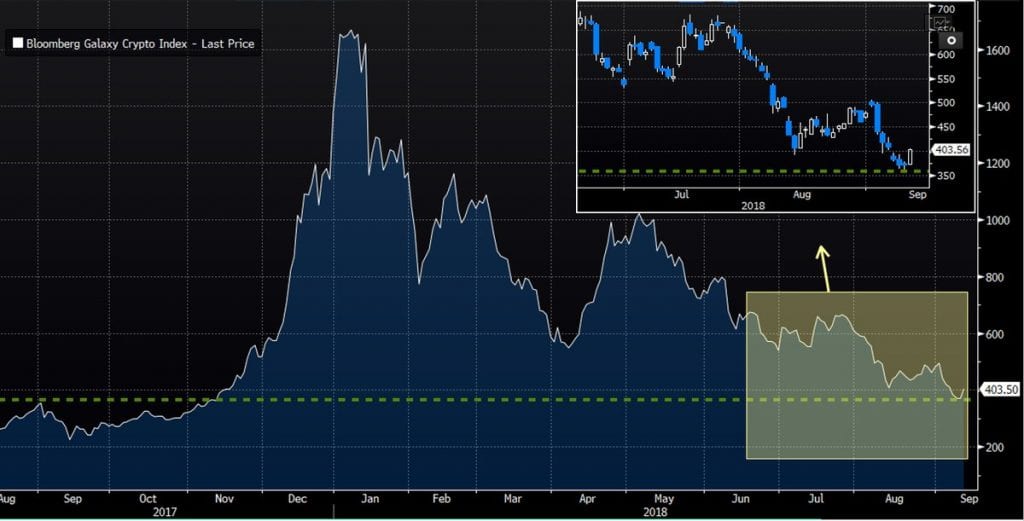 Novogratz, is a former Goldman Sachs Group Inc. partner and hedge fund manager but it his notable investments in digital assets that have made him a person of interest in the crypto space. By the end of March, Galaxy Digital had $225.8 million invested in digital assets.

After hitting All-time highs in December and January, the crypto markets have witnessed a worrisome downtrend losing over 75 percent of the entire crypto market cap since the highs. Novogratz’s Galaxy Digital have also reeled from the crypto crash, posting $134 million losses with $85.5 million as an unrealized loss on digital assets in July.

At the time of writing, the crypto markets were rising from the low levels of yesterday with positive changes in the last 24 hours according to data from CoinMarketCap. Ethereum was the biggest gainer of the Top 20 coins, adding 15% to get out of its 13-month low. Bitcoin [BTC], ripple [XRP] and bitcoin cash [BCH] are up, 2.5%, 5% and 7.5% respectively.