Smartereum
Home Daily Price Analysis Could The Recent Declines In XRP (XRP) Price Be As A Result...

The community and HODLers of XRP (XRP) are getting worried and frustrated as a result of the recent declines in the value of the digital currency in the market. XRP (XRP) has lost about 92 percent of its value from its all-time high which was $3.82 earlier this year. The drastic decline has made a lot of XRP enthusiasts to wonder if they had made the wrong decision to invest in the world’s third-largest crypto by market cap. 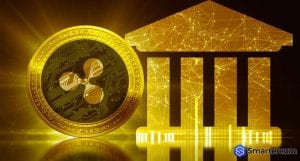 What Triggered the All-Time High Value of XRP

The fundamental reason why XRP (XRP) surged to the high of $3.82 earlier this year was that there were speculations that Coinbase – a U.S-based digital currency trading platform – plans to add XRP to the list of tradable digital currencies on its platform.

When the plans fell through, the value of the digital currency followed suit. Around that same period, the U.S SEC was scrutinizing Ripple due to claims by some investors that XRP is a security. This then meant that the firm had offered a security that is not registered, resulting in a continuous cycle of fear, uncertainty, and doubt against the digital currency.

Could the Recent Price Trend of XRP (XRP) Be a Case of Manipulation?

A trending topic on Twitter right now is whether the value of XRP has been manipulated all this while. The Twitter user – @GiponF – published a post that has led to this speculation. The user explained that “With the official announcement that xRapid will be launched this year, large investors are scared of missing out on the “Rocket Launch” which would accompany the launch. As a result of this, holders of BTC, ETH, TRX, LTC, etc. are selling their coins to reinvest in XRP before xRapid goes live.

The theory appears to be a bit extreme, but could it be that the volume of USD leaving ETH, BTC, and other digital currencies are being reinvested in XRP at its lowest value just before the launch of xRapid? Or is the digital currency being dragged down further to encourage FUD to further reduce the value of the coin as whales accumulate more?