Smartereum
Home Opinion Is This A Good Time To Buy Ether ? 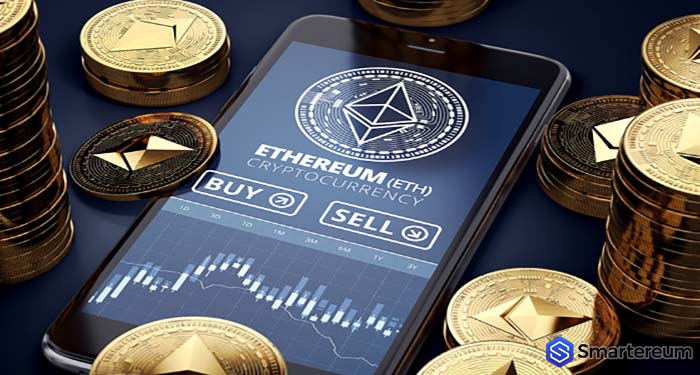 Ethereum’s native token, Ether [ETH] in the past couple of days has hovered around annual lows shedding almost 90 percent of its value from its all-time high of $1,432.

On Wednesday, the number of short position on the ETH reached a new record high, indicating that the market anticipates a further decline in the price.

Question is, at this price and given activity around the cryptocurrency, will this be a good time to go long on ETH?

Should I invest in Ether? Experts take on ETH

Forbes recently sampled the opinions of some crypto experts on the matter and as one would expect, their opinions were divided.

Outspoken crypto analyst Marius Rupsys, admitted that “there is no clear valuation model for digital assets” because the technology is in its early stages. He explained that though people looked at the number of transactions and active daily users, there was no definite model. Therefore, “it would be rather difficult to say at this point of time if ether should be valued at $200 or at $1,000.”

Jacob Eliosoff, a cryptocurrency fund manager, said that ethereum had more prospect than any other altcoin both as a platform for deploying decentralized applications (DApps) as well as a globally relevant digital asset. Thou he remains optimistic, Eliosoff said that “it will take patience”

CEO of BitBull Capital, Joe DiPasquale said that crypto assets especially ethereum is currently undervalued. “The Ethereum network has some of the best development talent and community support, so buying it for medium to long-term holds would make sense,” he noted.

Other respondents including Iqbal Gandham, U.K. managing director for eToro and Eric Ervin, CEO of Blockforce Capital agreed that ethereum was trading below its intrinsic value.

“Right now is a great time to accumulate to get ready for Casper,” said another analyst Marouane Garcon pointing to the scaling solution coming to the network.

While the outlook on the cryptocurrency was generally optimistic, some analyst preferred to tow the more cautious path.

“I wouldn’t buy it at its current price”, said Michael Conn, founder and managing partner of blockchain advisory and investing firm Quail Creek Ventures. He noted that that ETH has suffered some “significant downward pricing pressure.” Notwithstanding, Conn agreed that ETH was currently undervalued relative to its long-term potential.

Scott Weatherill, chief risk manager at B2C2 Japan, said that ETH price may get to double digits, echoing sentiments of BitMex CEO, who is an avowed critic of Ethereum. Weatherill pointed to uncertainty about ICOs as the major threat to ETHs prices.

As Ether [ETH] made its way downwards, Robert Neuner a crypto analyst and host of a Crypto show on CNBC TV, stocked some in hope of a reversal. He tweeted:

In an earlier tweet, Neuner expressed confidence that the second largest cryptocurrency by market cap had the ability to recover from its present woes. “I have seen the size intellect and strength of the ETH community,” he said adding that the Devcon is around the corner.

Devcon is the reunion of developers and community of Ethereum and this year’s expected to bring good news; particularly preparation for Ethereum’s major upgrade, Constantinople.

He seems to have been repaid early as ether rebounded to 211 yesterday making him tidy 20 percent on his stake. If ETH has actually bottomed as some investors including Michael Novogratz and Neuner himself claims, then he may be in for even more gains as ETH goes up.