The betting platform said the development team took their contracts offline immediately after the hack. Adding that their remaining 463,745 EOS tokens in their EOSBETCASINO and EOSBETDICE11 contracts are safe, the susceptibility has been taken care of, and they are now back online.

According to EOSBet, the crypto jacker was able to place a bet on the platform without transferring EOS tokens to the contract. When he loses, he was paid nothing. Nevertheless, when he wins, he was paid real EOS form the contract. 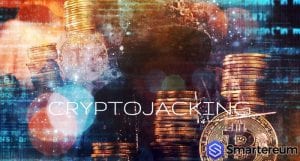 The platform acknowledged that irrespective of several audits before the hack, “there was still a susceptibility in their smart contract. The way forward is to improve their security practices, ensuring that such a trend never takes place again in the future.”

Like modern trading platforms, the team is storing most of their funds in a cold wallet to reduce the damage from a potential hack. They are presently reviewing their security processes and smart contracts to prevent attacks, but this is an additional line of defense says the development team.