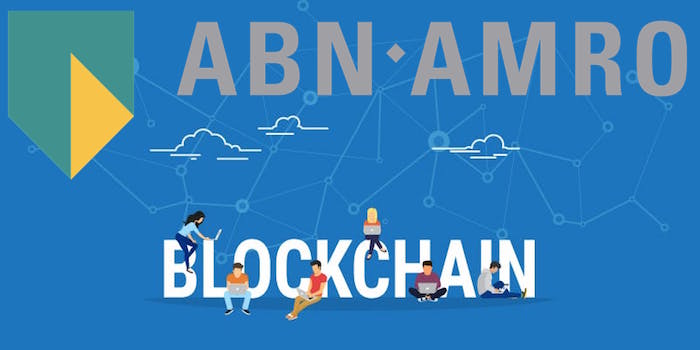 This is a clear indication that banks are switching over to the blockchain technology rather than the traditional financial systems. The bank accounts will be specifically for individual clients alike exchanges, no trees as well as brokers will be involved. Since the connectivity will be with the help of blockchain, the transactions will be verified quite quickly as well.

Escrow accounts are generally used by big corporations in order to conduct the transactions. These will now be replaced by blockchain technology which will ensure that the transactions are conducted in a safe manner quite quickly.

According to the bank, this will significantly reduce the cost associated with escrow accounts. The cost of blockchain-based accounts will only be a fraction of the cost of escrow accounts. At the same point in time, with the help of decentralized technology, increased security can be provided to the clients which is a huge positive as well.

ABN Amro bank has been trying to consistently innovate the traditional banking systems. They have invested a significant amount of time as well as effort in blockchain-based initiatives. This is just a single development by the bank pertaining to the blockchain platform. In the future, there can be more such announcements from the bank. The reason for this is that ABN Amro is consistently researching and looking for innovative solutions when it comes to blockchain technology.

Some of the other banks are also actively looking to use the blockchain technology to make their systems much more efficient.

The traditional banking systems are pretty cost heavy. On the other hand, due to the decentralized technology, blockchain-based solutions are much more affordable. This ensures that banks will be able to cut down on their cost and increase their profits quite easily with the help of blockchain-based systems.

In addition to that, blockchain-based systems are much faster as well as verification can be done in real time. This will significantly increase the speed of transactions as well which will be a huge positive for most of the customers.

With ABN Amro providing such services to their customers, it is just a matter of time before other banks also switch over to the blockchain-based banking accounts.