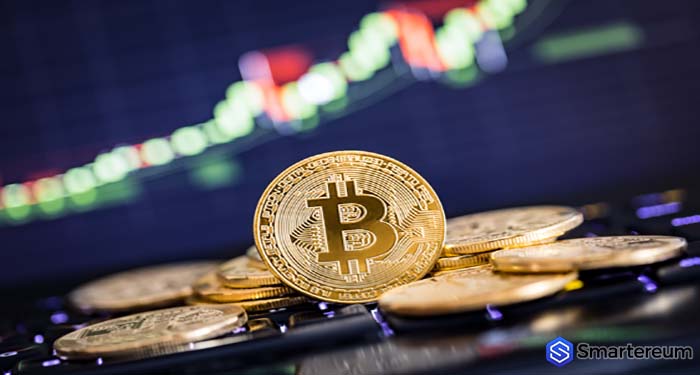 The past week has been favorable to a lot of digital currencies and the entire market at large, with some digital currencies seeing an enormous amount of growth and the overall market cap of the crypto market increasing by $35 billion. A couple of days after the massive rally, Bitcoin (BTC) and other coins are starting to correct lower, with XRP – which was the highest gainer over the past week – leading the losses.

Bitcoin (BTC) has shown a great level of stability over the past month. Even when other digital currencies such as Ethereum (ETH) and XRP (XRP) were seeing gains from thirty to one hundred percent, BTC maintained a slow but steady growth. Even as other coins are correcting by double-digits, the correction of Bitcoin (BTC) is still minimal, showing a great level of stability.

The COO and co-founder of Bitcoin IRA – Chris Kline, has seen some pointers that could result in a massive rally in the value of Bitcoin (BTC). He said that these signs would cause the digital currency to surpass the $40k mark by the end of this year.

Kline is confident about his prediction because he believes that the regulatory uncertainty surrounding the digital currency market is being resolved and that the U.S Securities and Exchange Commission is going to approve an exchange-traded fund for Bitcoin (BTC) soon.

The Winklevoss twins (Tylor and Cameron Winklevoss) – the founders of Gemini exchange – are contemplating whether to expand their New York-based digital currency trading platform across the United Kingdom and the Atlantic. There are lots of bullish sentiments around Bitcoin (BTC) that could cause the value of the digital currency to skyrocket. If the Winklevoss twins expand their exchange to the UK and the Atlantic, they would open the door for the increased adoption of Bitcoin (BTC) and other digital currencies, and this would have a significant impact on their values.