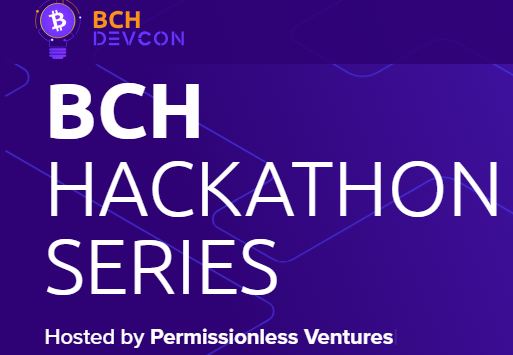 From October 11th to October 12th, Bitcoin Cash developers will participate in a hackathon, BCH Dev Con, organized by Permissionless Ventures, an arm of mining Bitmain.

BCH Dev Con which will be held in San Francisco will be the first project to be incubated by Permissionless Ventures since the 50 million Fund since it was set up by the China-based crypto mining giants.

The event which coincides with the San Francisco blockchain week will have about 5000 attendees at its venue, Hilton San Francisco Union Square.

According to information on its website, the event is aimed at encouraging developers to solve problems on the Bitcoin Cash blockchain. The website read:

“The BCH Hackathon is a main event where Hackers will focus on inventing new projects on BCH, solving existing problems on Wormhole (a tokenization & smart contract project for BCH), and implementing technical solutions.”

Partner in Permissionless Ventures, Epperly Li said that the fund will operate like an incubator; providing funding as well as incubation for the developers.

Li, who is also an Investment Director at Bitmain, explained that “[the] fund will be very neutral, open and creative, [and] will invest 60% into BCH projects and the other 40% into different blockchain projects.”

Bitmain is undoubtedly one of the biggest names in the cryptocurrency circles. Popularly known for its bitcoin mining and ASIC mining chips, has also taken to Bitcoin Cash (BCH) since the split last year.

The company is not just betting big on the cryptocurrency but also helping build the BCH ecosystem by supporting development on the blockchain. Li confirmed this in an interview with Bitcoin.com. “Our idea is to build an open, innovative and creative ecosystem for BCH developers and communities. [We] want to work together with different blockchain communities to push forward the progress of blockchain technology,” she was quoted as saying.

Innovations will be judged based on the understanding of blockchain technology, Practicability, Scalability, Creativity, and relevance to the BCH network. The panel of judges will include David Johnston of Factom, Shammah Chancellor from Bitcoin-ABC, Ryan X Charles of Moneybutton.com, Jiazhi Jiang from Wormhole, Josh Ellithorpe of Coinbase, Gabriel Cardona from BITBOX, and James Cramer (CEO, DeskViz & Co-founder, SLP).

San Francisco will be the first of a Hackathon series planned for various locations across the world. According to its website, BCH hackathon Amsterdam is slated for Oct. 27-28 while similar events are planned for Israel, Japan, South Korea, and India.

More information and registration can be found here.

Disclaimer: Smartereum is a media sponsor of this event.