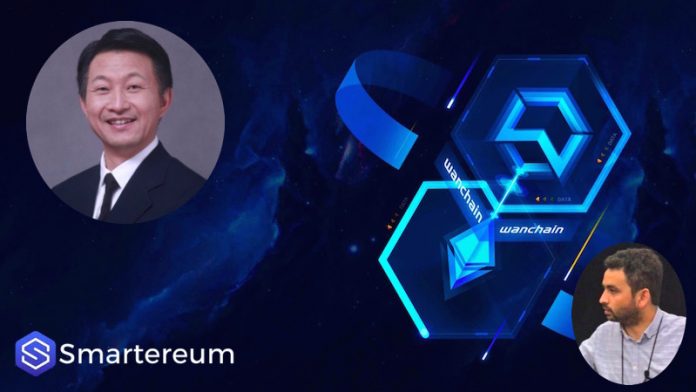 Wanchain is a blockchain ecosystem working to enable the cross-chain exchange of digital assets between blockchains, using privacy protection and smart contracts. As we have reported before, Wanchain recently announced that it has hit another major milestone –  the launch of testing for Wanchain 3.0, the latest iteration of the Wanchain platform. The Wanchain 3.0 product launch includes cross-chain functionality with Bitcoin, making Wanchain the first and only blockchain interoperable with Bitcoin and Ethereum using secure multi-party computation.

Hyperledger is an open source collaborative effort created to advance cross-industry blockchain technologies. It is a global collaboration including leaders in finance, banking, Internet of Things, supply chains, manufacturing and Technology.

As a member of the Hyperledger community, Wanchain will seek to advance the cross-chain capabilities of the broader Hyperledger ecosystem. Wanchain’s team will collaborate closely with the Hyperledger Quilt and the Hyperledger Indy communities on the development of interoperability solutions.

Today, I talked with Jack Lu, Founder and CEO of Wanchain, about the announcement and the future of Wanchain:

• You announced today that Wanchain has joined Hyperledger. Can you please tell us more about Hyperledger and how Wanchain will contribute?

Jack: We are honored to join Hyperledger and become a part of this ecosystem to create an open standard for distributed ledger technology. We are excited about collaborative opportunities with enterprises to further develop and advance the blockchain industry as a whole. The Wanchain team is looking forward to cooperating with such a diverse and global community of industry leaders and contributing our insights on cross-chain technologies.

• How does Hyperledger improve the overall Blockchain ecosystem?

Jack: Hyperledger consists of many different stakeholders and projects, including enterprise blockchains and distributed ledger technologies. They will help improve the overall blockchain ecosystem by driving enterprise adoption by enabling organizations to build applications, platforms, and even hardware specific to their industry based on open source distributed ledger frameworks. Essentially, these technological advancements will allow global businesses to support business transactions on the blockchain. It’s really exciting to me to watch this industry be built from the ground-up, and it’s an honor to be a part of an ecosystem like Hyperledger which is helping coordinate the effort.

• What are the main problems that Wanchain solving right now?

• I have seen you have started using social media actively. And there is a great attention in the crypto community. Can you please tell us a little bit about yourself and your past experiences?

Jack: Yes, I am excited to be on “crypto Twitter” now. It’s always nice to engage with our community online since I can’t possibly meet everyone at the events we attend. As far as my background, I majored in Enterprise Management at Peking University in China. I then worked in finance for several years in China before coming to the U.S. to study Economics and Computer Science at The Ohio State University. Then, I transitioned into the technology industry where I became a software engineer for about 20 years in e-commerce. After this, I got into Bitcoin in 2012 and started investing in 2013. I then invested in Ethereum in the early days and started learning how to code on Ethereum. Around this time, I was approached by a couple friends to start Factom, where I joined as CTO and Co-Founder in Austin, Texas. Then, in 2016 I began incubating the Wanchain idea and went on to launch the company in 2017 to solve the blockchain interoperability problem.

• What is next for Wanchain, and can we expect more partnerships and announcements before the end of this year?

Jack: Q4 2018 is going to be the most exciting and action-packed quarter in the history of our company. As I mentioned before, our upcoming Wanchain 3.0 launch is quickly approaching. We strongly believe this is one of the most significant technological advancements in the history of the industry. We are receiving a lot of interest from Ethereum-based projects who are realizing the potential Wanchain will unlock for their companies upon release of Bitcoin interoperability. For example, imagine the volume and liquidity increases that bitcoin trading pairs would unleash for a decentralized exchange previously confined to Ethereum. It will be exciting to see all the integrations and use cases this will enable. This is just another step in our mission to connect all of the world’s digital assets across blockchains.

• Can you tell us about your team and what you believe your team’s strengths are?

Jack: Our team is extremely talented, and we are a very global team. We have over forty developers spread across the world, primarily in Austin, Texas and Beijing, China. We also have business teams throughout Asia, the United States, and Europe working on finding the best new projects and working with Ethereum-based companies to build their connection to Wanchain’s platform. We pride ourselves on our industry-leading technical teams, and we continue to hire the best business talent from traditional industries and the crypto industry. Here is a video we made recently to introduce some of our global team.