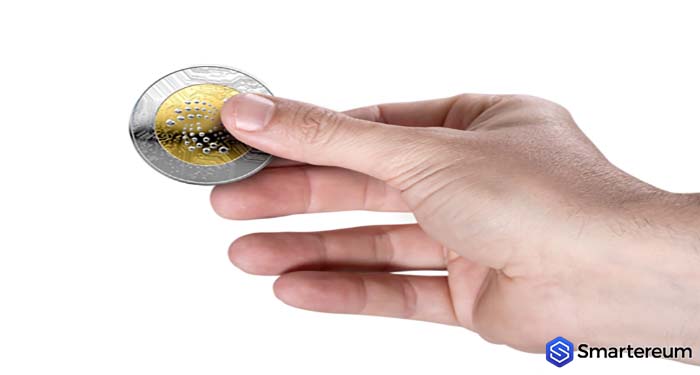 IOTA has been making waves in the industry for sometime now. The IOTA Foundation is ready to dominate the IoT industry with innovative technology. As reported by smarttest.wpmudev.host, IOTA has entered into partnerships with different multinational companies to show that they mean business. However, the IOTA community is worried that the bridge between the developmental progress of IOTA and the price of the native MIOTA token is too much. This is a fact that is largely due the the general negative sentiment in the market. There is hope that the market sentiment will change by the end of the year but before then, let’s see how IOTA (MIOTA) is doing. IOTA (MIOTA) Price Analysis

On the 25th of September, there was a minor bullish reversal that pushed the price of MIOTA over to the supply area. At this level, the bears returned and the price of MIOTA starting trading in range. The stochastic oscillator is undefined at 43%. This shows that the price is ranging. It is consolidating between the supply area at $0.7631 and the demand area at $0.4491. This isn’t a good time to make any trades. It’s better to wait for a breakout or a breakdown before taking any long term positions.

At the time of writing, IOTA (MIOTA) was trading 0.31% higher against the USD at $0.570254 and 0.76 down against Bitcoin. The next few trading sessions will determine if the price action will change or not.