IOTA has made a name for itself as one of the most most promising blockchains in this generation. It is one of the most technologically innovative platforms in the industry and it has many applications that will change the game across multiple industries. IOTA has also created a formendable front through strong partnerships with reputable, multinational companies. However, as reported by smarttest.wpmudev.host, the developmental growth of IOTA is not reflecting on the price. In fact, the price of IOTA keeps falling against the USD. 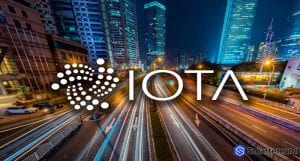 This morning, the price is MIOTA was bearish against the USD with support levels at $0.53, $0.54, $0.55 and resistance levels at $0.64, $0.62, and $0.60. IOTA started ranging yesterday but while the price ranged, the charts also show bullish spikes that took the price of MIOTA higher.

The price moved above the middle of the Bollinger Band. It tested the 50-day simple moving average as well. After that, a price correction was attempted. This is normal for initiating a long-term uptrend. The reversal took the price of MIOTA below the bullish candlestick that made investors hopeful initially. This candlestick appeared in the market after the stochastic oscillator started pointing down. It’s an indication that the bears are still in control of the market.

Short-term, the price of the coin is also bearish. The charts show that there were powerful movements in price short-term. The price value in the market moved passed the short term Bollinger Band which was set around the $0.58 level. This was where the piece found resistance. The bullish movement was weakened and the bears started pulling back. This is according to the price analysis of Azeer M on Bitcoin Exchange Guide.