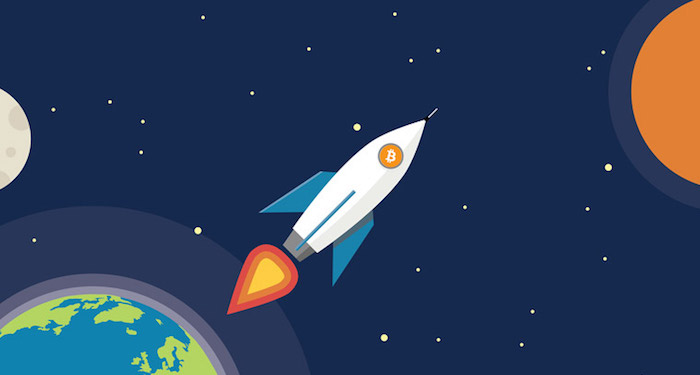 Bitcoin outperforms other cryptocurrencies amidst recovery: In the last 24 hours, most of the cryptocurrencies have fallen by almost a 10%. On the other hand, Bitcoin is stable at around $ 11,000. The volumes in Bitcoin are also pretty strong. This is leading to more and more traction for the investors as well as traders.

Bitcoin at one month high:

Bitcoin is almost trading at 1 month high. This is marked by the strong volumes in the cryptocurrency. Even countries like South Korea are reporting strong Bitcoin trading volumes.

The volumes in the last 24 hours have been around $ 20 billion. This indicates that more and more people are trying to buy Bitcoin.

The Bitcoin Dominance Index which clearly measures the domination of Bitcoin as compared to other cryptocurrencies is at an all-time high. The levels are around 39%. This clearly indicates that users are more interested in buying Bitcoins currently.

The interest is not only coming from the existing investors but it is also coming from the newer investors. Last time around, many of the cryptocurrency investors had missed out on Bitcoin rally. The investors do not want to make the same mistake once again. This is the reason why investors are trying to buy Bitcoin when it is on the rise.

Moreover, in the last few weeks, it has risen by almost 80% from the bottom. This is another reason why investors are confident that it would rise even more.

Ethereum and other cryptocurrencies:

Most of the traders believe that if Ethereum can increases above $ 1000 in the next few weeks, it would be able to make further progress. The investors are eagerly waiting for Ethereum to not only cross $ 1000 but also to sustain. Once it is able to sustain avoid, the momentum would continue.

For now, however, Bitcoin seems to outperform the other cryptocurrencies. This would ensure that Bitcoin is able to consistently hog the limelight among the investors. Investors already are investing predominantly in Bitcoin which is leading to higher momentum in the cryptocurrency.