Everyone who has been following up with the cryptocurrency industry knows that EOS Block.one has been doing rather well especially when compared to many other third generation blockchains. Block.one raised $4 billion during a year long token sale that surprised everyone in the cryptocurrency industry. Now, the development team behind the scene says they have gotten a permanent solution to the problem of scalability that plagues the EOS blockchain. If this is true, EOS will be the highest performing and most scalable blockchain in the entire world. 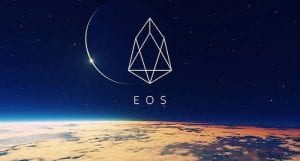 The head of developer relations, Serg Metelin, during an interview with Asia Times, said that the EOS platform has set a record as the first blockchain to ever solve the issue of scalability. According to him, the project was successful mainly because of the hard work of Dan Larimer, the co-founder of Block.one. He said that Larimer was the one who discovered that many developers around the world are interested in building real apps and not unscalable proof of concept. The EOSIO is the perfect platform for these real applications. According to Larimer, Block.one has tackled the scalability problem and is now focused on blockchain usability and adoption.

With the funds gotten from Block.one’s investment round in June, the organization is making waves in the industry. The team isn’t just interest in their own projects alone but they have made arrangements to fund projects through a venture capital arm as reported by smarttest.wpmudev.host. The organization also discovers promising projects to invest in through hackathons.

So, back to the question: is EOS Block.one the highest performing blockchain in the industry? Considering everything Block.one has put in place and how far it has gone to promote the ecosystem, solving the scalability issues will be just what it needs to become the best blockchain in industry. The next few years will tell. However, one thing is certain, have enough resources to change the game in the industry.