The tides seem to have change in favour of the bulls on the Monero price analysis today. The leading privacy centric coin is preparing for an upward move against the USD and a against Bitcoin. Yesterday, as reported by smarttest.wpmudev.host, Monero was ranging and forming higher highs within the ascending channel. The price bounced off an important support and may be on the way to the break the $135 resistance. It was also able to break the higher part of the descending triangle to show that it is preparing to go north soon.

Short-term, the 200 simple moving average is above the 100 simple moving average to show that downside holds the path with least resistance. This may be a signal of some bearish pressure. If the bears are able to push the price down, it may move below the support at $112 and mark a new downtrend. At the same time, both moving averages are oscillating to remind us of the recent price consolidation.

The stochastic oscillator is currently pointing downwards to show that the sellers have higher grounds in the market short-term. It may still slide south before if proceeds to the oversold region. If this happens, the bears will retain control of the market and the price will keep falling. The relative strength index is heading south to show that the bears still have control over the market it will most likely move south before it gets to the oversold region.

One of the factors that have influenced the possible upward move is the effort the community is putting into giving people malware-fighting options. The Monero website now offers tips on how to solve many common problems people face. The idea is to fortify the network against attacks from criminals. 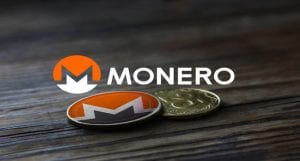