Earlier this week, the EOS community was faced with a voting scandal. The whole thing started when a Twitter handle shared a spreadsheet and screenshots of what was claimed to be evidence of Huobi manipulating the voting process. Huobi, one of the best cryptocurrency exchanges in the world also happens to be an EOS block producer. This allows the company to vote regarding network developments. According to the handle, Huobi was allegedly getting paid to vote in favor of some governance decisions.

As the news of the allegations started circulating, a controversy concerning Vitalik Buterin over the centralization of EOS that has died down months ago was brought up. In response to the post, Huobi and Block.One claim that the information is unverified and should be disregarded. However, they also said that an investigation has been launched in that regard. They claim that Huobi did not get into any financial contracts with a third party regarding voting. 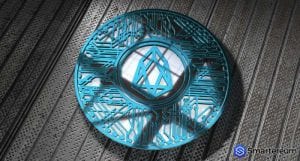 How Has The EOS Voting Scandal Affected The Price?

Scandals like this typically have a negative impact on the price of a cryptocurrency. However, this news didn’t affect the price of EOS as it was expected to. EOS is on a bullish trend and it will most likely break the $6.00 resistance short-term. In fact, it may continue trending upward throughout the weekend and until next week.

At the time of writing, EOS was trading at $5.74. This shows that it is trading in green as it is up by about 0.93% against the USD and 1.04% against Bitcoin. The trading volume is $616,157,613 and the market capitalization is $5,200,621,867. The next few days of trading will determine if the price action will change. However, the trend appears to be positive. If it continues trading in green, it will most likely break the $600 level soon. This is going to be a good thing since the price of EOS has been struggling to retain gains for a long time in this bearish market.