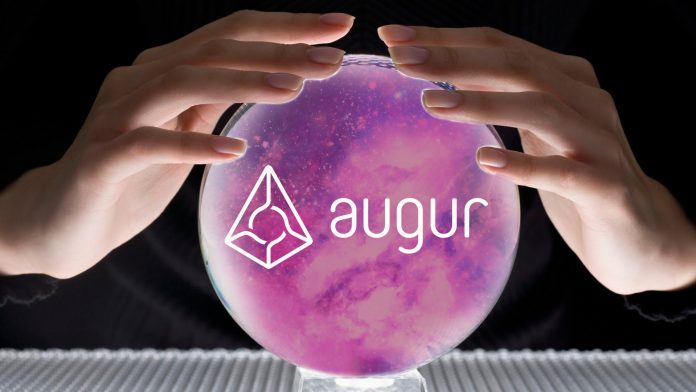 Only three months after its much-publicized launch, decentralized prediction market protocol, Augur is planning the release a new version of its protocol.

The project released a blog post on Friday detailing the changes to be expected from the upgrade as well as new features to look out for in the new release.

The Augur platform attracted a lot of users in July when the protocol was officially launched. In two weeks Smartereum reported that about $1.5 million had already been staked on the prediction market.

At the time, CNBC’s long-term Fast Money contributor and CEO of BKCM Brian Kelly referred to it as “one of the biggest DApps ever launched on the Ethereum network.”

The Need for an Upgrade

Soon after its launch, the number of users on the Augur platform began to drop prompting concerns among blockchain and cryptocurrency enthusiast.

One recurring complaint was that the prediction market is not user-friendly. Co-founder of Augur, Joey Krug called it “the most complicated decentralized app on the blockchain of Ethereum.”

In its post, Augur admitted that it received several complaints in this regard through wishlist thread it had opened to receive feedback and promised improvements in the new version.

“All the UI feedback gathered in the wishlist thread has been reviewed and prioritized, and is being worked on in parallel. Augur App and the UI are receiving continuous updates,” the Augur team assured.

In addition to a better user interface and bug fixes, Augur outlined several features and improvements the will be available in its upgrade.

The version 2 (V2) for instance will provide support for ERC-777, a new fungible token standard which allows for a wider set of transaction event handling functions and mass adoption. The post explained that the V2 contracts will update all of the Augur tokens to be ERC-777 and ERC-20 backward compatible.

It will also integrate support for the DAI stablecoin, which is not easily affected by the crypto market swings as the denomination for markets. The upgrade will improve its trading experience as well through changes in the trading API.

V2 also affords users to Ability to trade based on total investment as well as an ability to ignore owned shares.

In general, the upgrade will change how the prediction market platform works making it easier for users to bet on real-life events.

The Impact of the Augur’s Upgrade

Augur had a rather delayed lunch since the project was initiated in 2015. Although it undergoing beta testing for two years before launch, real feel of the application has prompted the changes particularly as users seem to be leaving the platform due to complexities of use.

If Augur sufficiently addresses this in the second version, coupled with the news of the release, more users are likely to hop on the platform. With more activity, Augur [REP] token prices which has been falling for months could surge.