Last week, most cryptocurrencies were trading in range. They were mainly heading towards the lower part of the range which was dominated by the bears. Monore also suffered this fate. The cryptocurrency was unable to stay at the upper part of the range even with the planned software update. While the price was mainly bearish last week, this week promises to be different. If Monero is able to cross a significant resistance, the road to recovery will be smooth.

Monero was down almost throughout last week but the community is confident that the price action will change this week. This is because the developer community is making plans to release updates that will implement Bulletproofs and make the Monero platform ASIC mining resistant. For more information about the updates, check out this post by smarttest.wpmudev.host. The Bulletproof protocol is similar to SegWit. It is going to reduce the transaction size and the fees attached to each transaction. The ring size will also be reduced to 11 tags and the platform will be provided with more privacy that will hopefully protect users from malicious attacks. 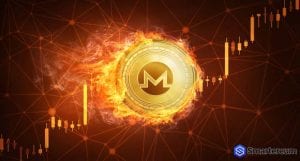 Within the last seven days, the price of Monero has dropped thanks to the bearish pressure and negative sentiment in the market. The fall in price was surprising because the news about the update was expected to cause an upsurge. Yesterday, the price was down by 2%. Traders were adviced to take only short positions each time there was a pullback. You can make stops at $120 with $100 as your first target. This is according to the price analysis of Aayush Jindal on NewsBtc. This week, Monero may surge above the $120 resistance and this will pave a way for more gains above $150.

At the time of writing, Monero was trading at $115.00. This indicates a 1.43% rise against the USD and a 0.27% rise against Bitcoin. The cryptocurrency started the week trading in green. If the price action continues to be positive, it may move back above the resistance at $120. Moving above this level will lead to more gains before the end of the week.