Smartereum
Home Cryptocurrency Cardano Listing Cardano (ADA) On Coinbase Could Lead To A Massive Rally In...

Cardano (ADA) is one digital currency that has refused to back down when it comes to developments and partnerships. The blockchain project is not showing signs of slowing down as it is doing all its best to increase is relevance and presence in the crypto space. Cardano (ADA) has a very strong team behind it, and its community has also proven very supportive.

Cardano (ADA) is supported by IOHK, and the blockchain is managed by its founder and CEO – Charles Hoskinson. The founder and developers of Cardano are known for their low key style. The blockchain project put more attention on development and less on marketing. 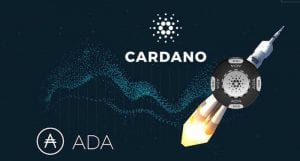