Regulatory uncertainty has always been an issue in the crypto space. The regulatory bodies have always been skeptical about cryptocurrencies because of their volatile nature. So, anytime a cryptocurrency gets a regulatory green light, it’s always considered a good thing. Recently, Gemini exchange, a US-based cryptocurrency exchange that was founded by the well-known Winklevoss twins, has been given the approval required for Litecoin (LTC) trading and custody. The news was first published on Medium on the 12th of October. The engineering Vice President of the exchange, Eric Winer, announced that users will be able to make Litecoin deposits on the platform from the 16th of October.

The post is another evidence that shows that Gemini is devoted to fiduciary obligations and banking compliance as directed by the department of financial services in New York. It shows that Gemini is fully concerned about security and obeying regulators. Litecoin will be the fourth cryptocurrency to be added to Gemini exchange and it will be trading side by side with side with Ethereum (ETH), Bitcoin (BTC), and Zcash (ZEC). Litecoin trading pairs will be made available against the already existing cryptocurrencies and against the USD.

In the post, Winer said that the exchange was considering adding Bitcoin Cash (BCH) but decided to delay it because of the possible network split that may happen in November. The post was as follows:

“Some of the Bitcoin Cash forks that are still under debate do not meet up with the replay protection policy that all Gemini cryptocurrencies must have to be listed. For this reason, we have decided to delay adding Bitcoin cash for withdrawals and deposits on our exchange until after the split. This will give us the opportunity to evaluate the Bitcoin Cash ecosystem.

In the beginning of the month, Gemini secured insurance for its digital assets from Aon to complement its store in the Federal Deposit Insurance Corporation. Not too long ago, the exchange also secured the approval of the NYDFS which allowed them to launch a Stablecoin backed by the USD. Not long after the announcement was made, the exchange started employing advisors who will help Gemini through expansion into the UK market. 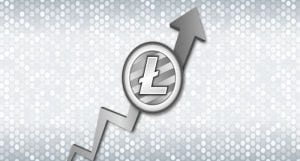 At the time of writing, Litecoin (LTC) was trading as $53.65. This shows that it is up by 1.35% against the USD and 1.48% against Bitcoin. This is rather impressive since Litecoin wasn’t doing so well last week. If the price continues to be positive against the USD, the bulls may take over the market this coming week.