Smartereum
Home Cryptocurrency Cardano In The Last Quarter Of The Month, What Will Cardano Do? Cardano...

Cardano has released an updated version of its 2018 roadmap that shows what the platform will be releasing in the fourth quarter of 2018. Over the last twelve months, Cardano has made a lot of progress compared to many other third generation blockchains. Both regarding community building and development, Cardano is doing well. The updated roadmap shows that Cardano still has a lot in store this year. The Cardano roadmap isn’t like the typical roadmap that lists one milestone after the other in a flowchart format. The roadmap has several stages of development that are all named after five different artists.

Right now, the major focus of Cardano is the Shelley stage that has to do with building the foundational technology and making it fully autonomous and decentralized. The Shelly project was initially scheduled to go live during the first quarter of 2018 but the project was pushed to the fourth quarter of the year.

Recently, Yoroi Light Wallet was launched for Cardano for fast, and secure ADA transactions. Anyone who needs it can download it from Google Chrome Web Store. It can also be used to send ADA from Daedalus. Shortly after, on the 1st of October, IOHK announced that it would be debuting the Rust project as reported by smarttest.wpmudev.host. At the same time, the Plutus virtual machine is under development and the Plutus repository came live not too long ago. It has the ability to do higher level proofs

In September, the platform also invested in building the community and the team. Florian Bohnert was hired to set up a marketing campaign and many other community managers were employed to focus on community and team building. Still in the same month, Charles Hoskinson, went to meet government officials in Mongolia to discuss building Cardano as a global brand. 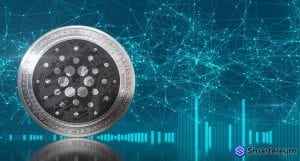 What’s In Store In Q4

In Q4, the Cardano v1.3.1 will soon be released. This version contains some prep work for the future testnet. Several bugs were also fixed in this version. Also, the IELE testnet will be released soon allowing developers to have a safe environment for testing their smart contracts before launching them on the mainnet.

A paper will also be released on Ouroboros this month to explain the progress developers have made with the proof-of-stake algorithm that allows companies build sidechains on the Cardano blockchain. ADA will also be supported on Trezor hardware wallet soon. This will increase the adoption of Cardano in the future.