The cryptocurrency market has been on a bull run for the past 48 hours thanks to the positive sentiment in the market. XRP has made the list of top gainers within this same period. Just within a few hours, XRP was up by 10% against the USD. This double digit gain is rather impressive since the bears have been in control of the market for a while now. While investors are excited about the hike in price, they still wonder what caused the sudden bullish movement.

This weekend, the price of XRP got a sudden 10% boost but the price started a downside correction shortly after. Right now, XRP is trading in range but it is still doing relatively well against the USD. All indicators show that this is just the beginning of a more exciting bull run for XRP. The fundamentals in the market have put XRP in a position to accumulate gains soon. For starters, Corry Johnson, the chief marketing strategist at Ripple, during an interview with Breaker Magazine, revealed that the parent company of XRP, Ripple, has been in negotiations with the white house. Apparent, Trump’s administration believes in the company’s vision and is willing to do anything necessary to help make that vision a reality.

The white house believes that XRP and Ripple are completely different from other cryptocurrencies in the market. According to the interview, for the fact that the cryptocurrency mining market is mainly dominated by China, the current administration believes that XRP and Ripple will be the key to putting down the competition in this ever growing industry. While Corry did not give any details about the ongoing talks Ripple is having with the white house, his comments show that something big is coming soon and Ripple’s XRP is right in the middle. This shows that the future of Ripple is brighter than enthusiasts expected.

The news about finding favour with the Trump administration is just one of the numerous good things that have been happening to Ripple and the XRP token. Ripple has sealed deals with multinational banks like Santander and Standard Chartered. Also, the XPring and xRapid protocols have also set the foundation for a bull run. 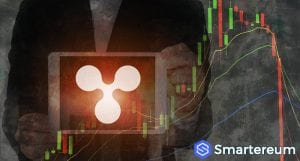