Spacebit, a space blockchain program that is pioneered by astronauts, consultants, rocket scientists, and entrepreneurs, has just brokered a deal with EOS blockchain. The project is aimed at creating democratized access to outer space by tokenizing space missions all over the earth, and all over the galaxy. The company intends to revolutionize the future of space exploration by promoting innovative economic models and publicly directed missions to space. This will allow public and private enterprises to reshape humanity and create a new space economy.

During the International Astronautical Congress that was held not long ago, a decentralized scheduling ground station system, LinkX, said that it has started beta testing on EOSIO. The LinkX project was developed by Spacebit in partnership with Goonhilly. It is expected to be debuted in a few months. It’s going to be a part of Orbit: Linx.

By partnering with EOS, the platform intends to develop a more efficient system for communication networks between outer space and earth through decentralized and smart contract technology. The technology was designed to open the door for new opportunities, reduce the barrier to entry, and enhance dialogue between government, industry, commerce, and financial industries.

LinkX intends to maximize the process of data transfer between space and earth by generating a service that makes ground stations capable of analyzing, organizing and tokenizing idle and active time via a scheduling platform. Customers will be able to optimize their schedules based on their preferences. This will help reduce downtime, prevent bottlenecks, double bookings and permit automation within and across systems without the need for major hardware upgrades.

The founder of Spacebit, Pavlo Tanasyuk, during the announcement said:

“Orbit:Linx has set a record as the first platform for space communications that leverages the power of blockchain technology. It has been created as a container-based product from ground up. We decided to use the EOS blockchain because of its scalability and flexibility. We believe that it has the potential to be the leading blockchain architecture in the industry. We intend to democratise outer space communications making them more accessible.”

An automated system that enables more efficient outer space to earth communication is especially needed in this time with thousands of active satellites in existence with thousands more to be released within the next 10 years. There is also the problem of unavailability of ideal ground stations and limited ground applications. Orbit:Linx is the future of space to earth communication and the EOS blockchain is going to ensure that future. 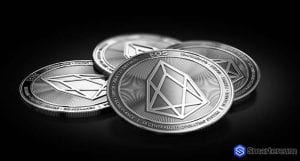