Technically, Tether is consolidating within a tightening range, being now between the support at 0.9854 and the resistance at 1.0183. Once either boundary gets broken out, the consolidation phase may be followed by a large move that will exceed the range itself, in terms of pips. 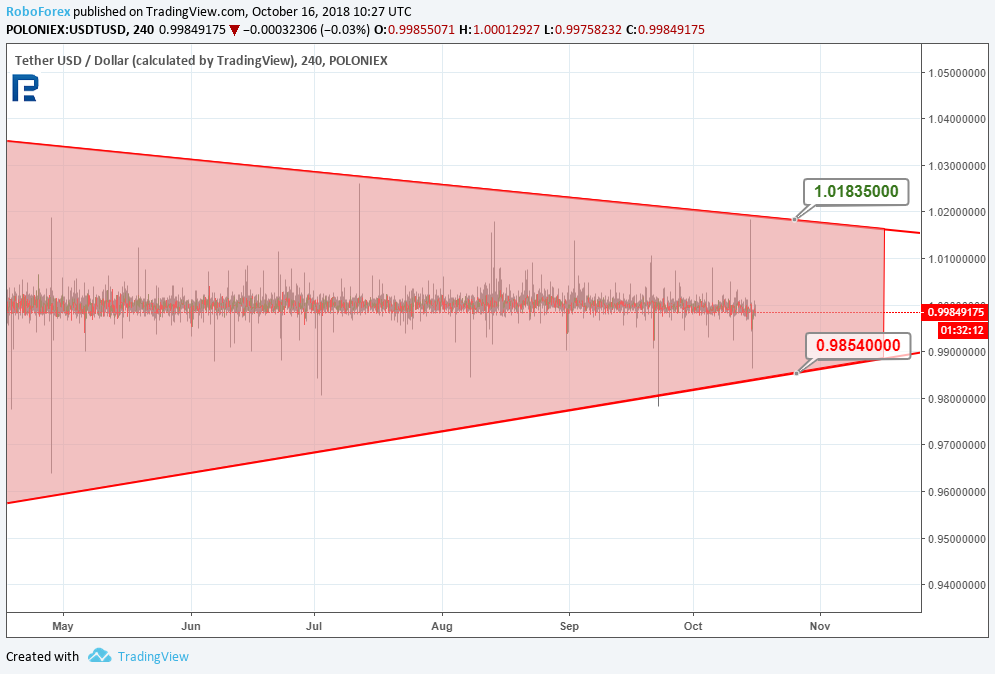 Fundamentally, the news have not been very positive for Tether. The altcoin got much cheaper after KuCoin decided to restrict USDT because of some maintenance features. The pair soon became available again, and the price got stabilized, but this still was a kind of stress for Tether, and it was bad.

Meanwhile, rumor has it Binance approved delisting USDT, which put Tether under pressure; this was not confirmed, though, and soon did not have any impact anymore.

However, Tether might have problems with financing: Noble Bank based in Puerto Rico is supposed to maintain Tether accounts, but it is having issues and may get bankrupt. The major problem of Noble Bank is, according to some sources, the very impact of the crypto market.

The financial institution tried to find support and asked Tether for it; it could well get bankrupt in case it did not find any financial support within a few days. However, after a fortnight, no new information on this was released. All this may well put Tether under pressure, too, in case large investors want to sell a good number of tokens.

According to various rankings, Tether is on 12 or 14 place by market cap. People say the token price is pegged to the USD exchange rate, hence the price being always near $1. This is why no major volatility is expected.

Disclaimer
Any predictions contained herein are based on the authors’ particular opinion. This analysis shall not be treated as trading advice. RoboForex or Smartereum shall not be held liable for the results of the trades arising from relying upon trading recommendations and reviews contained herein.