Smartereum
Home Daily Price Analysis Vitalik Buterin And NYU Economist, Nouriel Roubini, Get Into An All Out...

Vitalik Buterin, the creator of Ethereum, has always been an active member of the cryptocurrency community. His input is always viewed as priceless as he is one of the oldest proponents of cryptocurrency. Not too long ago, as reported by smarttest.wpmudev.host, Buterin said that the Ethereum network can survive on its own. Even if he has made it clear that he isn’t going to remain in Ethereum forever, he still contributes and defends the network on Twitter.

Nouriel Roubini, is an American economist who has been a controversial figure ever since he talked about cryptocurrencies during a conference with the United States Senate on housing, banking and Urban affairs. Well, yesterday, he got into a Twitter war with Vitalik Buterin. This was after he shared several controversial tweets about Bitcoin and the industry as a whole. In his tweets, he stated that cryptocurrency is only used by terrorists and criminals. He also said that using tokens is an outdated technology that will take us back to the stone ages. Well, these statements and many other statements didn’t go well with Vitalik Buterin. In fact, earlier in the month, he threw a shade at Buterin referring to him as a “dictator for life”.

In response to his tweet, Buterin typed “Officially make predictions about financial crisis between now and the year 2021”. What the sarcastic tweet means is that Roubini got the title Dr. Doom after his prediction of the 2008 financial crisis came to pass. Roubini doesn’t hide his dislike for the cryptocurrency community but he has said that he doesn’t mind having a life debate with Vitalik Buterin. He said that he was open to the idea when Laura Shin suggested that both of them have a life debate on one is the most popular cryptocurrency podcasts in the world – unchained. Buterin also said that he is open to the live debate. However, Roubini didn’t agree to have a debate with Ms. Shin because he tagged her as a pseudo-journalist who has biased views.

After Roubini dismissed Ms. Shin, Buterin suggested that Kevin Pham acts as a moderator instead since he isn’t a fan of Buterin and his opinions are less likely to be biased. Some time ago, he suggested that Buterin was making a bed with the Russian government. In response, Roubini said that Pham is a thug and so he doesn’t qualify to moderate the interview.

During the Twitter war, the co-founder of Bitmex, Arthur Hayes, suggested that the debate should hold in either London and New York. He even offered to cover the cost of production that will be required for the debate. Roubini wasn’t too happy with the suggestion. He dismissed Hayes as a criminal scam.

Right now, no one is sure if the debate will happen or not but cryptocurrency enthusiasts have been suggesting possible moderators. Some of the recommended moderators include cryptocurrency experts like Dalai Lama, John McAfee, and Joe Rogan. 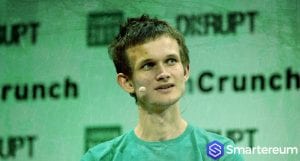