Tether has been having a hard time over the past few weeks. A few months ago, it had to do major reputation damage control when some critics claimed that Bitfinex used Tether to manipulate the price of Bitcoin during the bull run of December 2017 to January 2018. This led to a lot of speculation about the credibility of the coin. As if the current price tumble isn’t enough, Nexo, a well-known cryptocurrency loaning firm, during an interaction with the cryptocurrency community, dissociated itself from Tether (USDT).

Nexo started a discussion about the current problems the most dominate stablecoin – Tether – is facing. During the discussion, the company claimed that it never held significant amounts of USDT. In fact, on its official Twitter page, the company wrote:

“We have been following Tether closely and we want all our investors and clients to rest assured that we never held any significant amount of the stablecoin on our balance sheet. Soon, however, we will add other stablecoins to our list”. 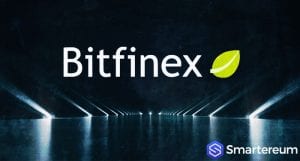 Bitfinex And The Tether (USDT) Problem

As reported by smarttest.wpmudev.host last week, there was a massive surge of Tether leaving Bitfinex. There were rumors that the giant cryptocurrency exchange was under investigation and had been asked to temporarily stop all USD transactions on the platform. While this was still on, there was a call for a transparent audit to prove that USDT is truly backed by the USD. Within the same time, Bitcoin (BTC) the number one cryptocurrency per market capitalization, fell significantly against the USD and speculators said that the crash happened because Bitfinex stopped using USD on its platform.

While the price of Tether lost its peg against the USD earlier in the week, it seems to be having more stability now as it tries do regain its peg. This morning it is trading at $0.970470. While this is near the $1 mark it is down by 0.79% against the USD but up by 0.57 against Bitcoin. The 24 hour trading volume is still higher than the market capitalization at $2,586,054,649. The total market capitalization is $2,092,743,397. The next few days of trading will determine if the stablecoin will recover against other competing coins or not.