On Wednesday, YouTube suffered a global outage that left users unable to access the site for a while. Even if the issue has long been resolved, Tron Foundation has thrown shades on the most popular video streaming service in the world and suggested that the world needs a decentralized platform that offers the same service. The TRON Foundation suggested that the decentralized video streaming platform should be built on the TRON blockchain to prevent such an outage. The post on the official TRON Foundation handle is as follows:

“Today, users from all over the world were having issues accessing Google’s YouTube, YouTube Music, and even YouTube TV. This outage lasted for almost one hour. We believe that it’s time for us to build a decentralized video streaming platform on TRON were such a thing would be impossible”.

Justin Sun, the creator of Tron made many announcements last week. One of the announcements was about an upcoming secret partnership that is worth a lot. Some of the tweets also suggested that TRON and Alibaba Group may be entering into partnership. Some other reports suggested that the partnership may be between Baidu and TRON. Also, the TRON Foundation announced that it will be hosting an airdrop event on Bitbox when the exchange lists the LINK token. The different partnerships on the horizon for Tron have helped increase awareness around the platform. During the Twitter war between Nouriel Roubini and Vitalik Buterin as reported by smarttest.wpmudev.host, TRON showed interest as Justin Sun offered to give out $1 million as a reward after the debate. 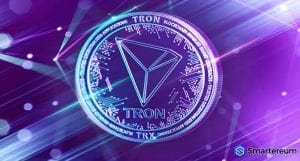