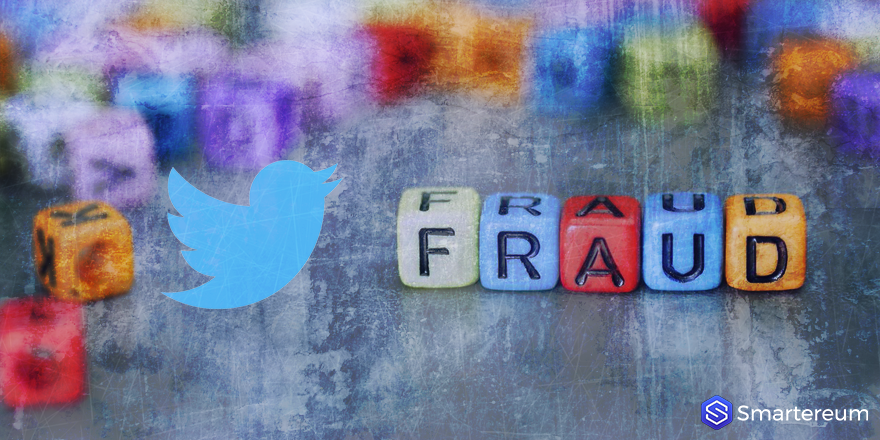 There’s been a wave of cryptocurrency scams hitting social media platforms – particularly Twitter. Fraudsters are now using fake twitter handles of popular persons to steal bitcoin and other cryptocurrencies from unsuspecting victims. Fake twitter accounts of entrepreneur Elon Musk, John McAfee, Ethereum founder Vitalik Buterin and even the president of the United States, Donald Trump have been spotted in February asking for donations in cryptocurrency.

What these scammers do is very simple; they create Twitter accounts on Twitter bearing the same name but a slightly different handle from the verified account of the celebrity. Most times, they just alter the spelling slightly, such that one does not easily notice without a second look. With the fake account ready, they reply to real tweets from the real celebrity account making it look like a thread. In their reply, they promise to send a substantial amount of bitcoins to people who make small donations to a particular wallet.

However, this form of impersonation is not new. In the past, people have used accounts very similar to those of celebrities to gain many followers and boost online traffic. This new trend is just a case of old tricks being applied in new ways; in this case to steal cryptocurrencies. Also, the pattern of ‘give little, gain much’ is a very common practice for online scammers.

Good news is that since this fraud does not involve hacking, it can simply be avoided by being a little more careful. Harry Denley, who created the anti-phishing tool “EtherAddressLookup” has created an easy solution in the form of a new Chrome extension, “EtherSecurityLookup.” The extension compares twitter accounts with genuine accounts of prominent members of the cryptocurrency community. It identifies handles that are too similar which could be fake and warns the user about such accounts.

Harry’s effort is not in isolation. It is part of growing efforts to bring sanity to online cryptocurrency dealings. Just last month, Facebook announced a ban on all cryptocurrency ads on its platform which could be misleading or deceptive.

As for the twitter impersonators, it’s yet to be seen if Twitter will announce measures to address them. For now, we’re just seeing these baits come up every few minutes.