Smartereum
Home Daily Price Analysis SEC Will Soon Rule Out XRP As A Security According To Ripple’s...

For a long time now, there has been a debate regarding the status of the XRP token. After the SEC established that Ethereum and Bitcoin are not securities, many in the industry assumed that XRP was not mentioned because it shares some features with security assets. In fact, the regulatory uncertainty surrounding XRP is part of the reason why CoinBase, one of the leading cryptocurrency exchanges in the world, has decided to hold off on listing the third largest cryptocurrency per market capitalization.

Recently, the Chief Marketing Strategist at Ripple, Cory Johnson, said that the XRP token isn’t a security and the SEC will verify this soon. While his words were meant to be reassuring to investors. A confirmation by the SEC is the only thing that can put investors at peace. This is because when a cryptocurrency is classified as a security, it will fall under the jurisdiction of the regulators making it a closed asset. The concept of decentralization will be useless in this case and investors will prefer not to put their money into such a cryptocurrency.

Also, being declared as security might hinder Ripple from carrying out its plans of launching the xRapid protocol. It will also lead to a decline in adoption because exchanges that do not fall under the SEC’s authority will not want any trouble with regulators by listing it. This is why Ripple is trying hard to reassure the public of the status of the XRP token. During the interview Johnson said:

“We know for a certainty that XRP isn’t a security. The kind of relationship Ripple has with XRP is full proof that it is independent. Most importantly, you’ve also got XRP. No matter how many XRP tokens you buy, you don’t have a right to share in the company’s earnings per dividend or share. Buying XRP gives you no stake in the company”.

He also said that Ripple, as a company, doesn’t have any impact on the existence of the XRP token. So, even if the company was to close up, the token will still be in existence. This is because the XRP ledger exists as an entirely different entity from Ripple. In his words:

“For this reason. I believe the SEC will consider this. We know they will recognize this fact declare that XRP is not a security”.

Regarding providing protection for investors, he said:

“There will always be crooks who try to steal money especially when a new technology emerges. We see this in everything. It’s atomic energy. Same thing we saw in the oil & gas sector. It also happened during the emergence of dot.com. So, it isn’t surprising to see it in cryptocurrency. This is why the SEC has decided to step in to provide protection for investors worldwide. However, it’s also making things difficult for people who are legitimate”. 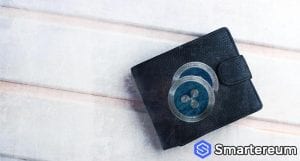