Smartereum
Home Cryptocurrency Bitcoin In The War Of Transaction Preferences, Who Wears The Crown? Bitcoin SegWit...

Have you ever wondered which protocol is used more between Bitcoin SegWit and Bitcoin Cash? Well, if you have, BitMex has helped you make a comparison between both protocols and published a report about it. The first thing noted in the report is that SegWit is the leading option for now but the trading volume of Bitcoin Cash transactions is growing rapidly.

Following the creation of Bitcoin’s hard fork, Bitcoin Cash, everyone believed that the dispute regarding the direction to take would end. Well, it didn’t. There is an ongoing battle for supremacy between both communities. This sovereignty is defined based on scalability and user friendliness. According to the report by BitMex, SegWit is the most frequently used option in the entire cryptocurrency space. While many people are beginning to use the Bitcoin Cash protocol, the majority of the community still prefer to use the long dominate protocol which is Bitcoin SegWit. 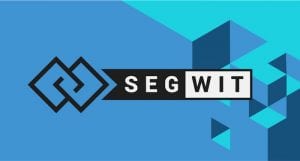 The Fight For Dominance: Bitcoin SegWit Vs Bitcoin Cash

Bitcoin Cash is lacking behind as the number of SegWit and regular transactions on Bitcoin continues to grow. Bitcoin Cash makes up for about 10% of the total Bitcoin transaction volume on a daily basis. However, the August and September stress test on the Bitcoin Cash network showed a rather distorted picture. The network was tested with high transaction volume and it passed with flying colors proving that it is scalable. The result of the stress test proved that Bitcoin Cash was better off than SegWit per scalability. This is because there has been a steady but slow adoption of SegWit transactions over the years.