Smartereum
Home Regulations And Laws Austria Bitcoin to be considered like gold and derivatives in Austria (Austria Cryptocurrency... 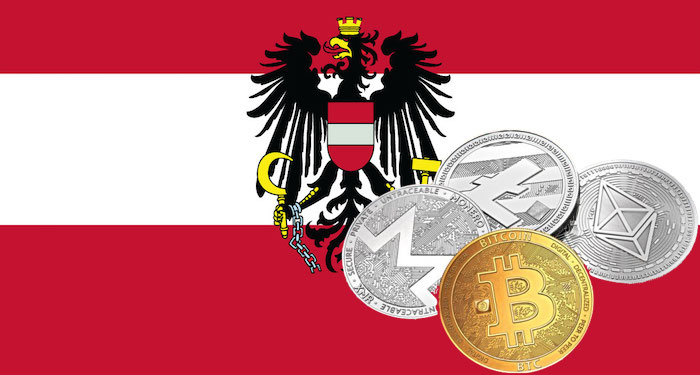 Austria moves ahead on Bitcoin regulation:

He further added that the various companies in the financial sector have already brought to the notice of Austria’s Central Bank regarding the risk of cryptocurrencies.

According to him, the prominence of cryptocurrencies is rising day by day. This is the reason why more trust needs to be induced in the system. He thinks that Bitcoin should be treated in the similar framework as derivatives and gold. Also, anti-money laundering rules and regulations will be applied to any cryptocurrency transactions which are greater than € 10,000.

The financial market authority of Austria welcomed the suggestions by the Finance Minister of the country. The authority was also of the opinion that increased supervision should be implemented on Bitcoin as well as other cryptocurrencies. They believe that currently, Bitcoin transactions are not limited in scale or frequency. Also, since they are an international, it is important to draw a line.

According to him, a new council should be created in order to prevent money laundering activities with the help of cryptocurrencies. Moreover, he stated that ICO should also be regulated to protect the investors. There should be a prospectus which should be filed with the authorities before the launch of the ICO.

He added that the borderless trading of Bitcoin is actually pretty risky as it does not know any bounds. This is the reason why he believes that Bitcoin trading should be regulated. He also asked the European authorities to create such a framework which will protect the investors as well as the current financial system from any collapse in cryptocurrency trading. This will also bring in more transparency and make cryptocurrency trading more legal which will be beneficial for all the stakeholders in the industry.

Currently, the European Union is in the process of starting cryptocurrencies. It remains to be seen whether the suggestions by the Austrian Finance Minister are taken into account or not.