Recently, Stellar (XLM) made the list of top five gainers as reported by smarttest.wpmudev.host. Well, the bullish momentum is foreseeable long-term and it may have put XLM on the path for a long-term reversal. Earlier this morning, Stellar (XLM) was trading in green after forming an inverted head and shoulders that caused the price surge. If XLM moves higher against the USD, it will most likely continue moving upward as it breaks resistances on the way. If it is not able to break the current resistance, it may start trending bearish against the USD.

The 200 simple moving average is below the 100 simile moving average showing that upside holds the path of least resistance. What this means is that the neckline resistance will most likely be broken than remain. However, the gap between the two MAs is narrowing out to show that the bullish momentum is getting weak. The stochastic oscillator is entering the overbought region to show that the buyers are becoming exhausted and the sellers are preparing to take full control of the market. If the Shocastic oscillator takes a turn south, the bearish pressure will most likely resume. However, the overbought level is still a long way from the current levels.

Why is Stellar Trading In Green?

For starters, XLM got a major boost after Tensortask announced that it was making plans to use the Stellar blockchain to create a program for the AI audience. This is part of a program within the Google cloud startup project. The fact that Tensortask has decided to build on Stellar is a big deal for the community because it is a subsidiary of the UChicago’s Polsky Center for innovation and entrepreneurship that specializes in artificial intelligence. The project has been ongoing for up to five months and the company intends to round up within the next four months. This would take it from the private alpha stage to the beta stage. For more information about this, read this post by smarttest.wpmudev.host. Stellar also got a major boost in price after Coinsuper announced that it has listed the XLM token on its platform.

Currently, Stellar is working on asset tokenization projects that will contribute to the growth of the Stellar blockchain. This is expected to support the price because it will attract more retailers and institutional investors to the Stellar blockchain. A rise in demand will most likely pave a way for a long-term bullish rally. 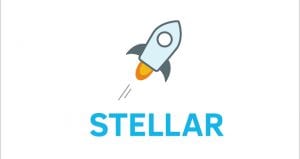